You are here: Home / ENTERTAINMENT / (PHOTO) Tonto Dikeh shades her ex-husband as she shares Photo-shopped image of her getting married to Bobrisky?

I’ve said it time and time and again – Tonto is a mad person. Honestly. And i mean that in a good way.

As it turns out, Tonto Dikeh has thrown a jab at her ex-husband again.

The mother-of-one shared a photoshopped image of her getting married to Bobrisky then included a caption that mocked her ex-husband, Olakunle Oladunni Churchill. 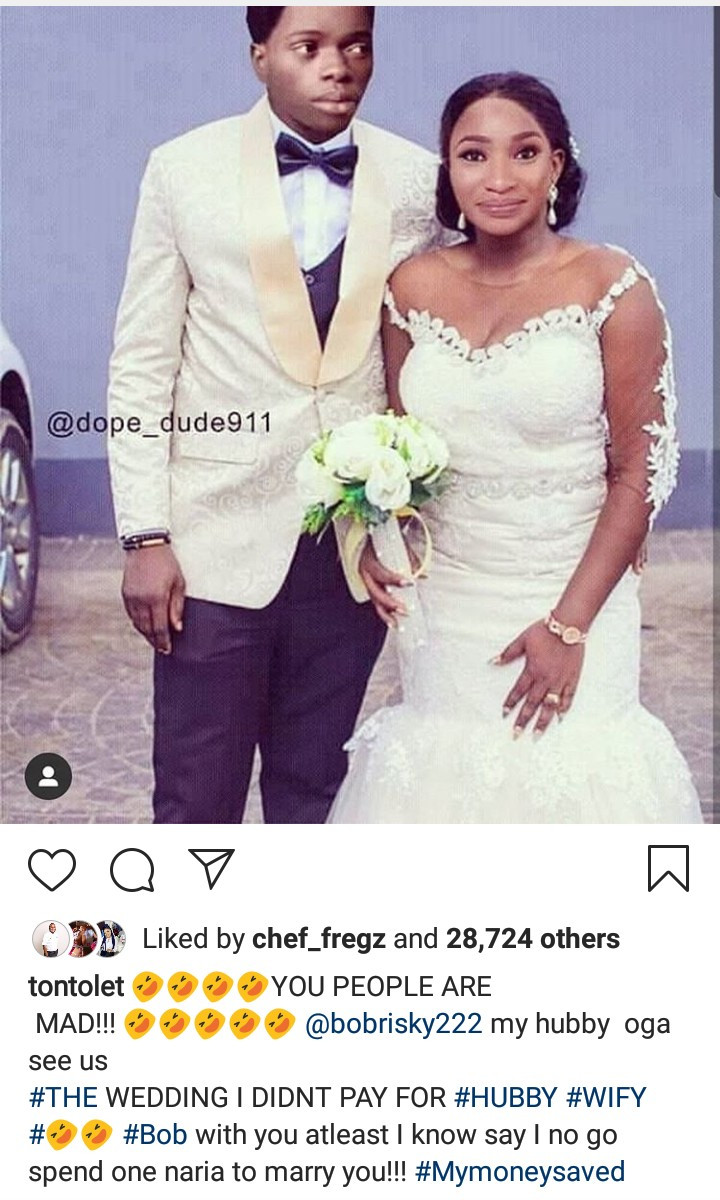 “The wedding I didn’t pay for,” the caption reads in part, adding, “Bob with you atleast I know say I no go spend one naria to marry you!!! #Mymoneysaved”

Recall that Tonto Dikeh revealed that she was the one who sponsored her wedding to Churchill and paid for everything down to her groom’s shoes. Churchill, while reacting to this, said what they had wasn’t exactly a wedding but a traditional introduction to make things official since Tonto was already pregnant. But he didn’t deny that she paid for it.