You are here: Home / NEWS / Piers Morgan insists that Kylie Jenner only became the youngest self-made billionaire because Kim Kardashian made a sex tape 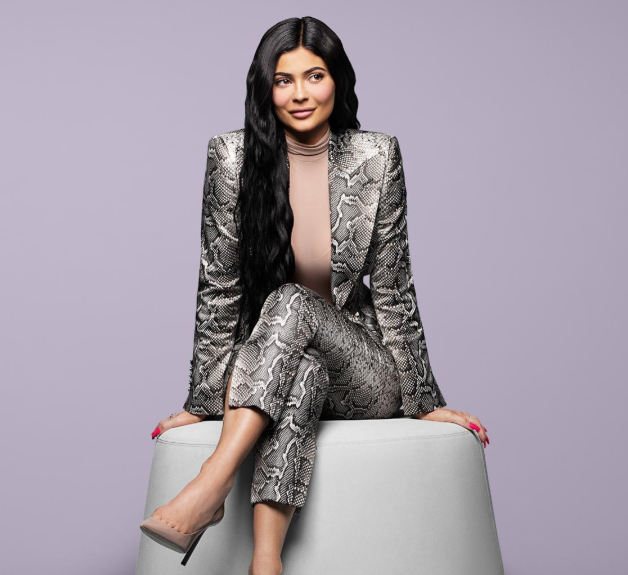 Piers Morgan offers his opinion on Kylie Jenner being the youngest self-made billionaire and he said she achieved that only because of her elder sister, Kim Kardashian’s sex tape, which made the family popular.

Piers Morgan particularly had an issue with the “self-made”. He said she isn’t self-made because Kim’s sex tape is responsible for her success.

He tweeted: “It’s not self-made, it’s because her sister made a sex tape.” The infamous sex tape was made in 2003 when Kim and Ray J were dating but it leaked in 2007. 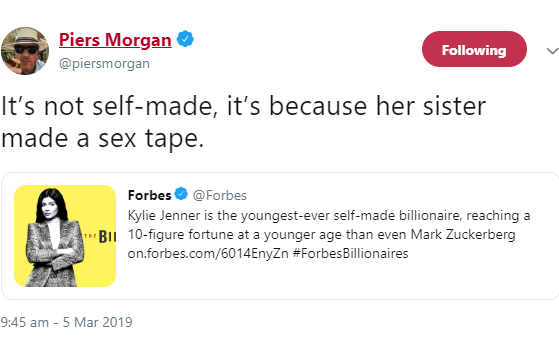