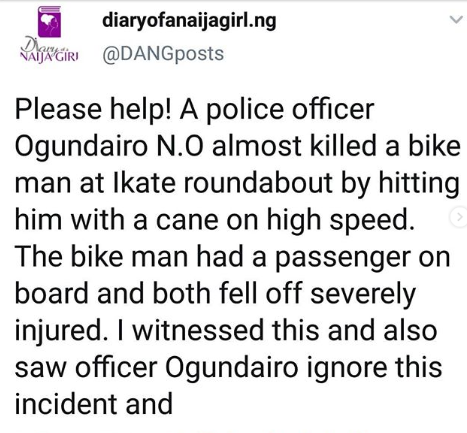 The founder of Diary of a Naija Girl (DANG) has been arrested and detained by police for standing up for a bike rider and his passenger.

Ife said she witnessed a police officer almost kill a bike rider at the Ikate roundabout. The bike rider and his passenger flew off the bike and fell to the ground following the attack from the police officer, so she decided to intervene.

Please help! A police officer Ogundairo N.O almost killed a bike man at Ikate roundabout by hitting him with a cane on high speed. The bike man had a passenger on board and both fell off severely injured. I witnessed this and also saw officer Ogundairo ignore this incident and proceeded to continue controlling the traffic.

While helping the bleeding okada man and his passenger, Ife said she confronted the police officer and decided to film the encounter as proof of police brutality. But another officer grabbed her phone and ran off while her driver gave chase.

RELATED:   Nigeria will remain in ICC - Ministry of Foreign Affairs

I alighted from my car and ran to help the lady who was on the bike. Then asked Ogundairo why he did what he did. I began to record him on video. His colleague, Joseph Ojomu rushed towards me and seized my phone. Took flight and  entered a bus.

My driver ran after him and entered the same bus with him. Right now, Joseph Ojomu of Ilaso Police station, Jakande first gate is still with my phone.

Please tag whoever needs to see.

I have not done anything wrong. The bike man and the lady are still here bleeding. I need my phone back.

She later revealed that she has been arrested by the police officers and they are demanding she apologises to the officer for filming him.

She is believed to still be at the Ilaso Police station at the time of writing this report. 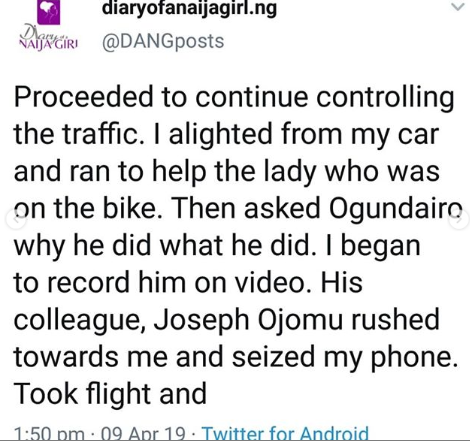 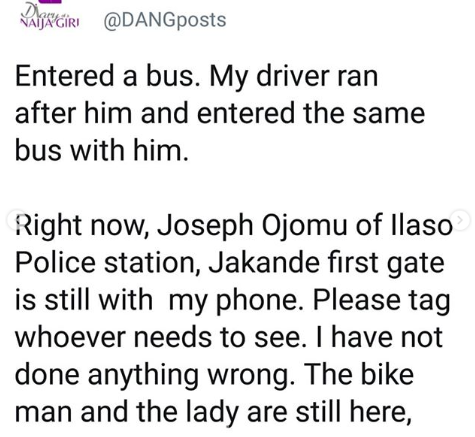 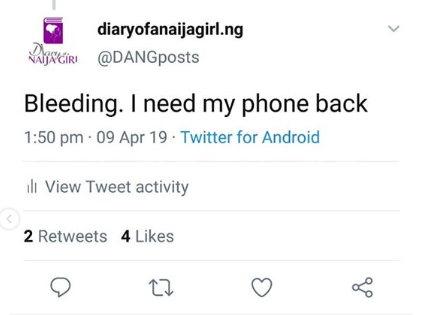 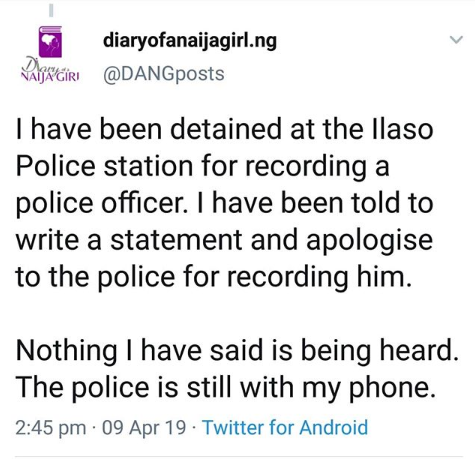