Prophet Kwabena Tawiah, the founder, and Leader of the Church of Rabbi in Ghana has said President Akufo-Addo might die in six months if nothing is done to reverse the curse. The self-proclaimed man of God indicated that some members of the ruling New Patriotic Party (NPP) and members of the National Democratic Congress (NDC) have visited shrines to eliminate the president who has only spent two months in office. 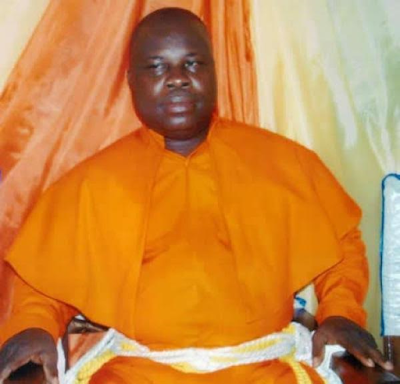 The motive behind this evil plot, the controversial prophet said it was because some people in the NPP are still bitter about the victory of President Akufo-Addo, he told Adom News in an exclusive interview.

In November last year, he predicted that Nana Addo will win the 2016 presidential election and the prediction manifested.

Now the question is, could he be right this time?