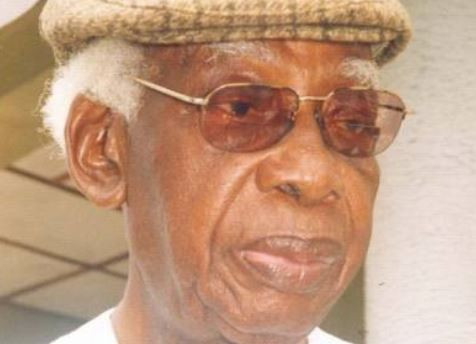 President Buhari has expressed sadness over the passage of renowned poet, novelist and playwright, Gabriel Okara who died just a few days to his 98th birthday

He died on Monday in his sleep at his residence at Okaka Estate in Yenagoa, Bayelsa State, after a brief illness. Okara made a mark on the African literary scene as one of the major pacesetters. Reported to be the first renowned English Language black African poet and the first African modernist writer, Okara is widely published in influential national and international journals.

On behalf of the Federal Executive Council, the President extends heartfelt commiserations to the Okara family, the government and people of Bayelsa State, the literary community and all who drank from the writer’s fountain of knowledge.

As a dedicated and well-published writer in all the literary genres, President Buhari believes Okara, who was deservedly known as the ‘‘founder of Modern African literature’’ will be fondly remembered for his immense contributions to the development of African literature, drawing on experience from his native Ijaw language.

The President extols the great story-teller whose powerful use of imagery and symbolism in his literary writings helped the world to appreciate and understand the richness, complexities and uniqueness of the African heritage and culture.  President Buhari prays Almighty God to grant the soul of the departed writer peaceful repose and comfort all who mourn.