You are here: Home / NEWS / President Buhari to Create as many Jobs as Possible in Agriculture and Mining Sector 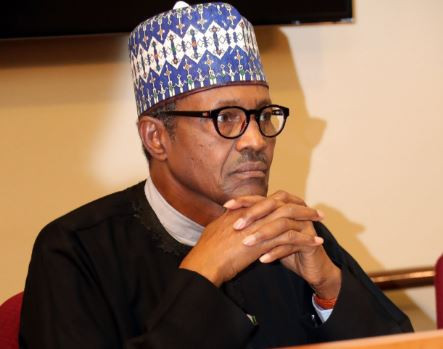 President Buhari hinted that the priority of his administration “is to create as many jobs as possible”.

Speaking at an audience with the National Executive Council of the National Union of Textile, Garment and Tailoring Workers led by its President, Comrade John Adaji, at the State House, President Buhari said in the last four years, the Federal Government deployed limited resources to job-creating sectors like agriculture and mining.

Lamenting the closure of textile factories especially in the North which gave rise to crimes, he said, “We promoted policies that will support local industries such as import restrictions. We introduced programmes that provided affordable and accessible capital to both large and cottage industries.”

He added that, “We also introduced Executive Orders that encouraged the procurement of Made in Nigeria goods and services.”

The President revealed that his administration would continue to support the above policies and programmes in the years ahead, stressing: “We will not allow Nigeria to return to the days of exporting jobs through the importation of food and clothing items which can be produced locally. We owe this to the over 200 million Nigerians.”

President Buhari stated that the textile and garmenting sector has the potential to create millions of jobs and will therefore, remain one of the priority sectors for the administration. Referring to his recent directive to all Government uniformed institutions to use locally produced garments, President Buhari said unbelievable number of jobs will be created when the military, police, para-military organisations including the National Youth Service Corps (NYSC), fully patronise local industries.

He urged State Governments to buy into this policy for their schools, hospitals and other institutions.

On the African Continental Free Trade Agreement (AfCFTA) which Nigeria recently signed, President Buhari said, “We have developed a comprehensive strategy to fully optimise the benefits” with necessary safeguards in place. He stressed that “Our priority remains to create jobs in Africa for Africans using a large proportion of African raw materials.”