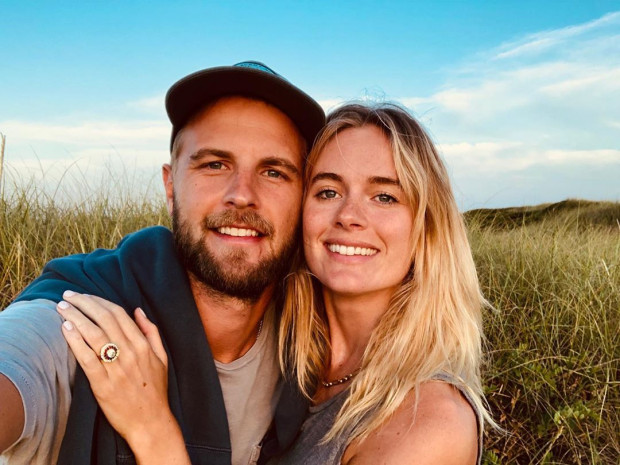 Prince Harry’s ex-girlfriend Cressida Bonas has announced her engagement to boyfriend Harry Wentworth-Stanley, who is the son of the Marchioness of Milford Haven. She first dated before her romance with the royal.

They announced the happy news on Instagram with Cressida proudly showing off her engagement ring as they pose for a selfie in a field in Nantucket, Massachusetts.

“We getting married,” Harry captioned the photo which was posted on Sunday night (August 18).

Prince Harry and Cressida first started dating in 2012 after being introduced by Princess Eugenie but split after two years together. After the break-up, Cressida went back to her relationship with the property developer.

Since announcing their engagement, many have been congratulating the pair online.

James Middleton, Kate’s brother, was one of many to congratulate the couple, writing ‘so wonderful’ alongside three heart emojis.