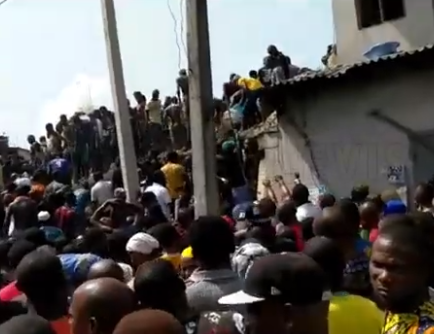 Many pupils are feared dead after a school building located in Ita Faji, Lagos Island in Lagos state, collapsed on Wednesday.

A three-storey building has collapsed in the Itafaji area of Lagos Island, with a primary school believed to be located on the top floor of the building.
The building also houses several residential apartments. It is not currently clear how many people are trapped in the building but many, including pupils of the school, are feared dead.  Rescue operation is currently ongoing.

RELATED:   Pastor Showers wife with Accolades for Being their "Marriage Preservative"