You are here: Home / NEWS / Rapper Proposes To Girlfriend Before Starting his 20-Year Jail Term

Rapper 03 Greedo proposed to his longtime girlfriend on stage at a concert on Monday night, and the excited girlfriend said yes!  But the wedding may have to wait a few decades — he’s scheduled to begin a 20-year prison sentence this week. 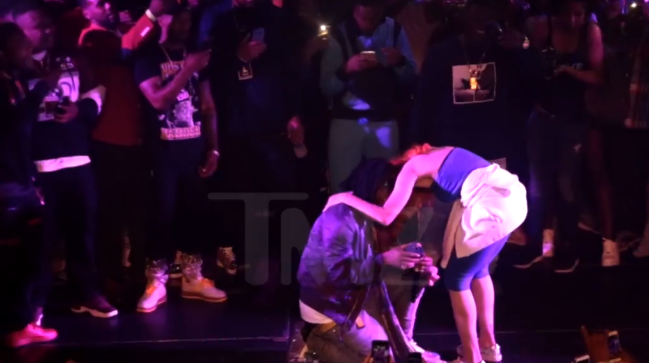 Greedo had his final pre-prison performance in Los Angeles on June 25. While performing his song “If I,” he dropped down on one knee and asked Kei Bradley to marry him. She said yes and proudly hugged her man.

Greedo proposed to his girlfriend less than 48 hours before his prison bid was to begin and she was well aware of the number of years he’ll be doing in jail before she accepted the proposal.

RELATED:   Hope Uzodinma Speaks on what will Happen to Okorocha, Son-In-law, Nwosu

He was sentenced for pleading guilty to possession of more than 400 grams of methamphetamine and unlawful possession of a firearm this year. The incident stemmed from a 2016 arrest.