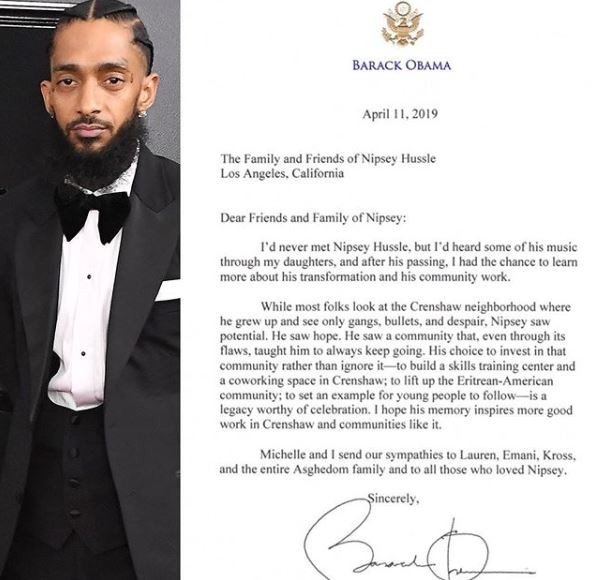 In a thoughtful form, Barack Obama paid a glowing tribute to Nipsey Hussle in a letter that was read at a memorial for the late musician and activist on Thursday.

The former President applauded the rapper who was killed in a shooting last month for lifting up his South Central Los Angeles community:

‘I’d never met Nipsey, but I heard some of his music through my daughters.’

“While most folks look at the Crenshaw neighborhood where he grew up and see only gangs, bullets, and despair, Nipsey saw potential. He saw hope. He saw a community that, even through its flaws, taught him to always keep going,” Obama wrote.