You are here: Home / NEWS / Regina Daniels’ biological father not in support of her wedding to Ned Nwoko

More news surrounding Regina Daniels surfaced today as her alleged biological father, Jude Ojeogwu, a lawyer practising in Lagos, condemned the marriage between his daughter and a much older man. He claimed he is not aware of the union and didn’t consent to it. 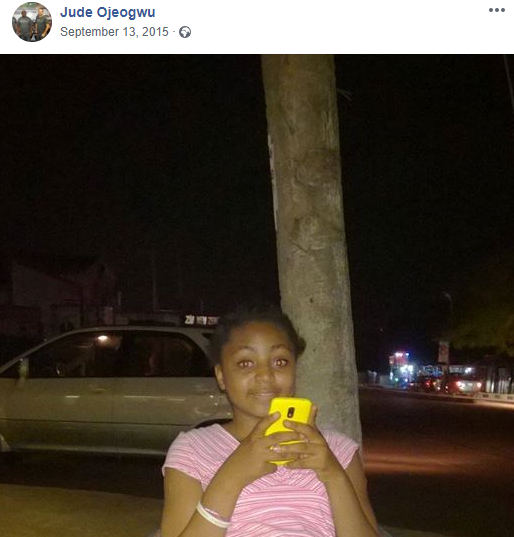 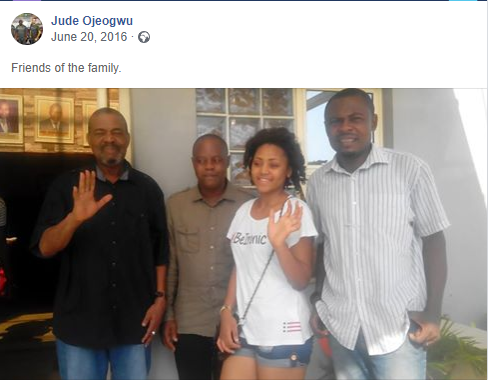 A look at his Facebook account shows photos of Regina and her siblings, some posted as far back as 2012. 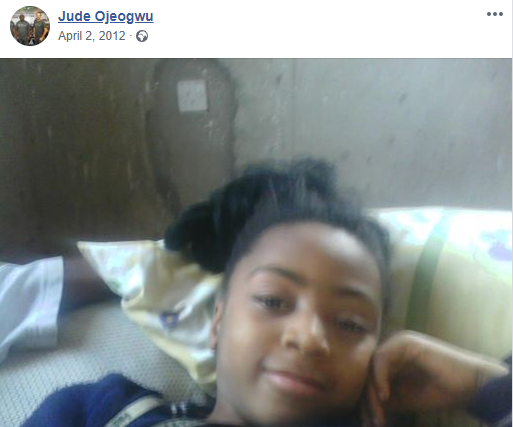 Regina daniel Ojeogwu is my biological daughter.What ever is ongoing is not to my knowledge and without my consent.The fact speaks for itself looking at the picture. Her mother Rita daniel is threading on a dangerous path and I hope she will retrace her steps. Even the initiation ceremony into otu odu appears completely strange to Regina daniel Ojeogwu. Regina is from ogwashi uku and not from olor as being rumored. All the opportunities for Mr Ned nwoko to discuss with me proved abortive not realising that we once lived in the same house in awoyokun street, onikpan, Lagos. The implication of all this is that she inpregnated herself. The name Regina was my late mother’s name. I have tried to exercise restraint but Regina mother kept pushing me to wall. Am alive and not dead. 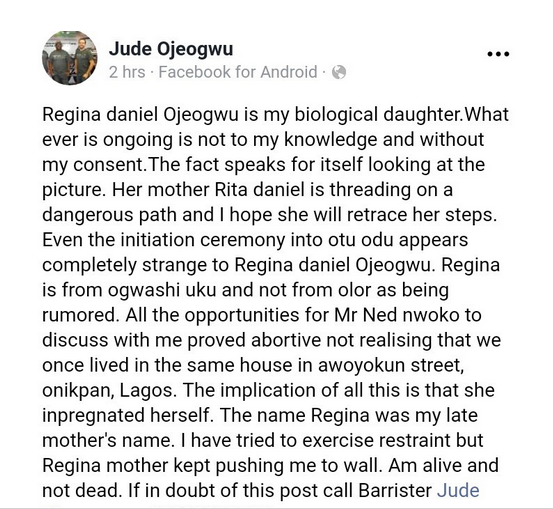