You are here: Home / NEWS / Rivers state government open endowment fund for children of hero, Joe Blankson, who died while rescuing 14 people after a boat capsize

The Rivers State government has opened an education endowment fund for the children of late Joseph Blankson, who died on July 28th while rescuing 14 persons in a boat mishap. Blankson had rescued 13 out of the fourteen persons in the boat mishap but died while trying to rescue the 14th person. 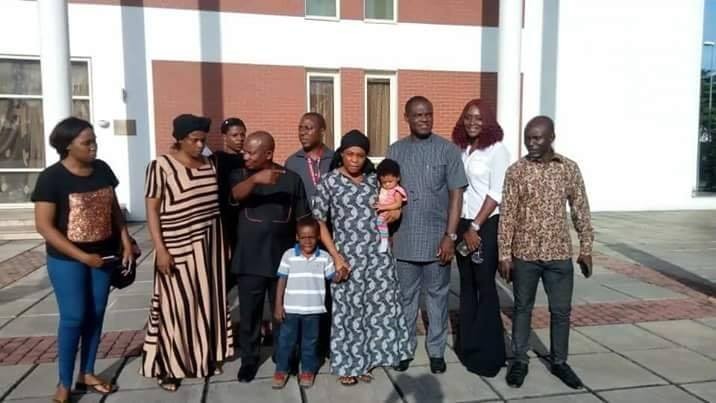 The State Governor, Nyesom Wike, announced the endowment fund while receiving the family of the late hero at Government House.

Governor Wike who condoled with the bereaved family also gave immediate employment to the wife of the deceased, Mrs. Mercy Blankson, a graduate of microbiology and advised her to put the money in a scheme that will best benefit the children and guarantee their future. Joseph’s wife, Mercy, was employed by the Rivers State government, while Wike also donated to the burial of the late hero. A service of songs in honour of the deceased will hold tomorrow, Thursday at No. 4, Harley Street, Old GRA, Port Harcourt.

RELATED:   “In case I die, I know Osinbajo can hold the nation together" Pastor Bakare quotes President Buhari