You are here: Home / NEWS / Rugby legend Gareth Thomas reveals he has HIV & has been living with the virus for years 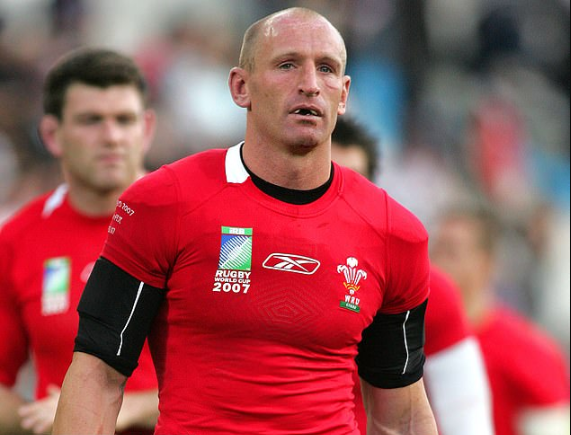 Gay Welsh rugby legend Gareth Thomas has revealed he has been suffering from HIV and has been secretly living with the virus for years.

The 45-year-old who retired from playing rugby in 2011 having won 100 international caps for Wales said that the impact of hiding his HIV status for years left him contemplating suicide.

Thomas who came out as gay in 2009 also confirmed that his husband Stephen, who he met after being diagnosed, does not have the virus.

‘I’ve been living with this secret for years. I’ve felt shame and keeping such a big secret has taken its toll,  he told the Sunday Mirror.

I had a fear people would judge me and treat me like a leper because of a lack of knowledge. I was in a dark place, feeling suicidal. I thought about driving off a cliff.

‘To me, wanting to die was just a natural thought and felt like the easier way out, but you have to confront things. And having a strong support system and the personal strength and experience of overcoming those emotions got me through it.

Speaking about his reaction to being told, the former British and Irish Lions Captain said: ‘When she said those words I broke down. I was in such a state. I immediately thought I was going to die. I felt like an express train was hitting me at 300mph. I wasn’t expecting it at all. Then I was thinking ‘how long have I got left?’ I was distraught.’

RELATED:   Madu: No Grudges Against Heartland Over My Suspension

In an emotional spur, he told his story on camera: ‘The reason I’m doing this is because, firstly, I want to remember what it’s like to live again. I want to remember what it’s like to feel free. And by doing that, I want to empower so many other people who are in exactly the same position as me – and probably ten times worse – to be able to feel free again. And to do that I have to, I have to educate myself. I have to be strong. I have to be, at the end of it, a completely different person to the person I am now.