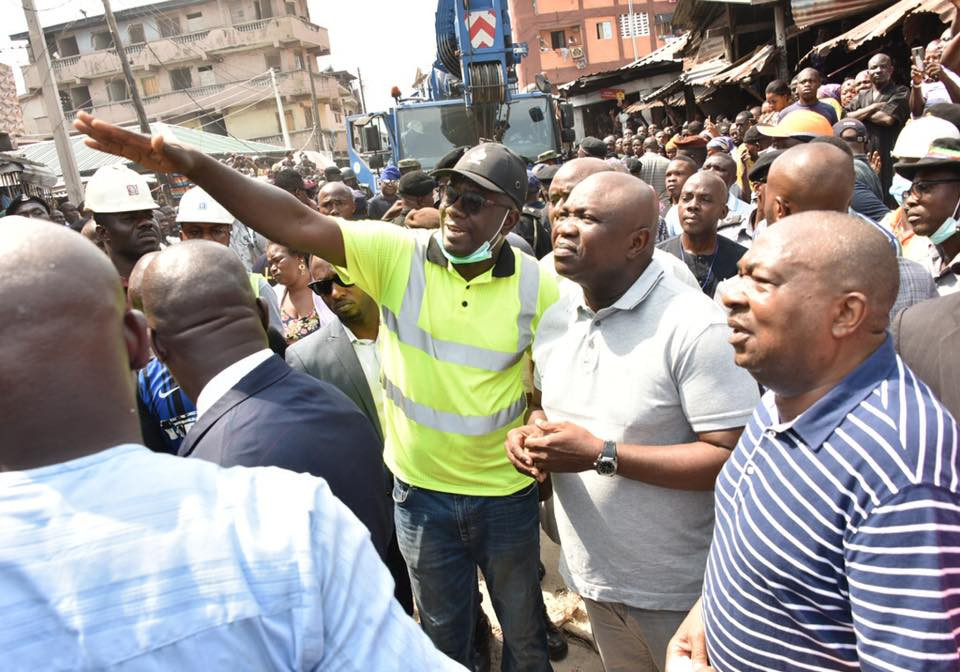 Lagos state governor, Akinwunmi Ambode, states that the school which collapsed in the Ilafaji area of the state yesterday March 13th, was operating illegally.

While visiting the scene of the incident, the governor said the school and shops in the three-storey building, were not authorized and were operating “illegally” in the building, which is meant solely for residential purposes. The governor added that many of the structures in the area would be demolished as they are not structurally fit.

“The building is not technically a school, it is a residential building that was actually accommodating an illegal school, so to speak, on the second floor,” he said.