You are here: Home / NEWS / INTERNATIONAL NEWS / See how ISIS supporters are celebrating the bomb attack in Manchester Arena (Photos)

There were reportedly two blasts at the concert, killing and injuring concert goers who were leaving the venue.

Moments following the attack, while the UK and the rest of the world mourned the senseless deaths, Twitter accounts linked to Islamic State used hashtags referring to the blast to post celebratory messages, with some users encouraging similar attacks elsewhere. 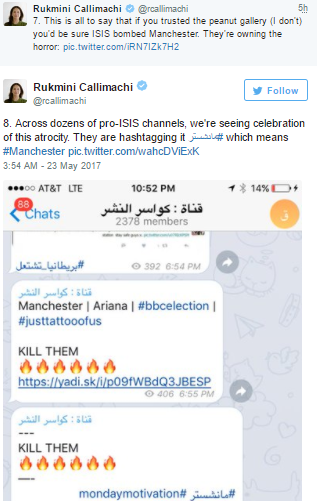 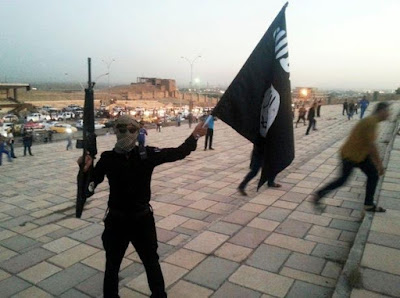 “It seems that bombs of the British airforce over children of Mosul and Raqqa has just came back to Manchester,” one user named Abdul Haqq said on Twitter.

Abdul’s tweet about Mosul and Raqqa is a reference to the Iraqi and Syrian cities held by the militants where a American-led coalition is conducting air strikes. Other ISIS supporters posted messages encouraging each other to carry out “lone wolf” attacks in the West and shared Islamic State videos threatening the United States and Europe.

“Kill them” and “#MondayMotivation” are some of the tweets posted by ISIS supporters encouraging more attacks and referring to last night’s attack as a motivation.

“Tonight, our hearts are broken. Words cannot express our sorrow for the victims and families harmed in this senseless attack.”

As the tragic scene played out in real-time, Grande tweeted:

“broken. from the bottom of my heart, i am so so sorry. i don’t have words.”