You are here: Home / NEWS / See the top 5 Nigerian Music Celebrities that have been affected badly by recession

Amala.ng, based on close observation and sources, have revealed the celebrities who are have already been hit hard by the recession.

1. Davido
The lau lau spender that takes every chance to show off his big
pocket whenever he has public activities or shows to do, most
especially on his birthday.
If you would recall, he even gave MC Galaxy N500,000 at one of his birthday parties for being the
best dancer on the occassion and in the same scenerio, he made it ‘rain’ on a lucky individual also at one his birthday in another year.

Fast forward to this recession era, davido celebrated his birthday yesterday quietly in America with a few friends, no competitions, no contests, no media hype, no rainmaker style, just birthday cake with a silent wish LOL.

Fast forward to 2016, Don Jazzy is not even coming online anymore not
to talk of giving rechage card. Recession don hold boss LOOOOL!

RELATED:   Simi Gets Decorated as Human Rights Ambassador by the US Consulate

3. YCEE
Though, he’s a new guy around the block, but he sure likes to show off! He even gave out 1 Million in Kenyan currency (money dey naa).

Well, Fast forward to recession time, a fan ask Mr Ycee if he could have a
Iphone from the free giver, the Jagaban crooner stroll the guy ”go
ask apple” LOL 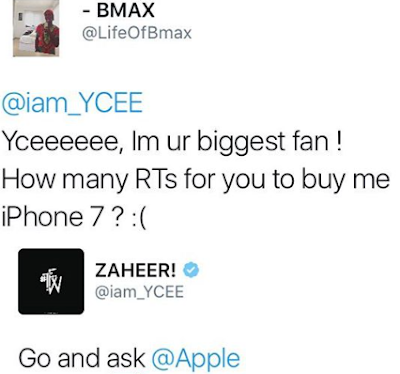 4. Wizkid
The Nigga that is always balling! He was in top form through out last year,
changing sneakers, launching Parties and going as his own ‘Squad’ everywhere.

RELATED:   Finance: Nike is 'back in business' — and threatening to reclaim its sneaker crown from Adidas (NKE) 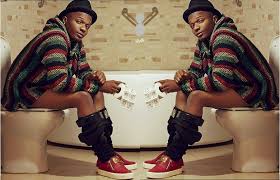 5. Dammy Krane
‘Time to get enterkrane’ flagbearer was in riches throughout
last year, to the extent he started crossing lanes and crossed Wizkid’s part in the process.

Fastforward to recession era, Dammy Krane drop from being call boss to
be calling a fellow artist Boss, in person of Davido, after money
finish and man go survive. 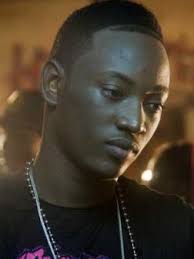 Guys are not smiling oo