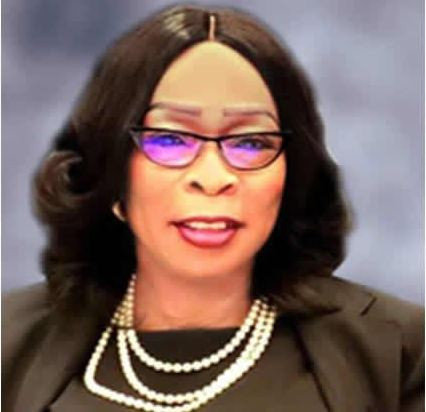 This followed the presentation of a report by senator Rafiu Adebayo, Chairman, Committee on Banking, Insurance and other Financial Institutions at plenary. In his presentation, Adebayo said the nominee, who is currently occupying the same position, was screened and found worthy of confirmation for a second and final term of five years.

He said the Senate at its sitting on April 9, referred the request for her nomination to the committee for screening. The lawmaker noted that “the committee held the screening and we went through her curriculum vitae, security clearance form and code of conduct bureau details.

He said, “She hails from Ogun State and she will be in charge of the administration of the organisation. The committee also found out that the nominee has no petition against her and she is qualified to hold the position for another term. So, we recommend that she be confirmed”.

Seconding the committee’s recommendation, Senator Barau Jibrin(APC-Kano), said, “the nominee has shown to be eminently qualified and by her pedigree, she is qualified to be confirmed”.

In his remarks, the Senate President, Bukola Saraki put the confirmation to a voice vote and it was adopted by the lawmakers. It would be recalled that the committee had on April 18, screened the nominee and promised to refer the report to the Senate in plenary.  Meanwhile, President Buhari had written the Senate, seeking Edewor’s confirmation in accordance with provisions of 5(4) of the Nigerian Deposit Insurance Corporation Act.

RELATED:   "I haven’t been dating, Batteries are a girl’s best friend"- Tiffany Haddish

Ms Abiola Edewor is the first daughter of the acclaimed winner of the June 1993 presidential election, Moshood Abiola. She is also a former member of the House of Representatives. With the confirmation, Edewor will be serving her second term and final term of five years as the executive director.