You are here: Home / NEWS / Seun Onigbinde said his resignation has nothing to with the bashing he received online 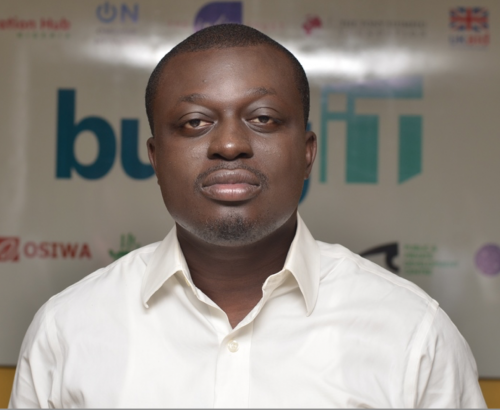 Seun Onigbinde has revealed that his resignation from the Buhari-led administration had nothing to do with the attacks he received online following his appointment.

Onigbinde, the Co-founder of BudgIT, yesterday announced his resignation as the Technical Adviser to the Minister of State for Budget and National Planning, Clem Agba. His resignation came after his appointment was greeted with shock and disapproval by Nigerians. People felt he should never take an appointment with the same government his has openly criticised and worked against.

In a tweet posted on his timeline, Seun stated that his resignation had nothing to the bashing he received after the appointment.

Kindly note that it is not the online anger or rage that made me resign. 90% of the comments I had no chance to read. I believe an atmosphere of mutual trust is critical for whatever I dream of. God bless”. 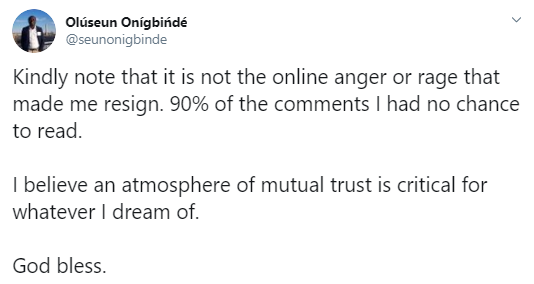