You are here: Home / NEWS / Shehu Sani states that the North is tolerating Buhari because he is from the region 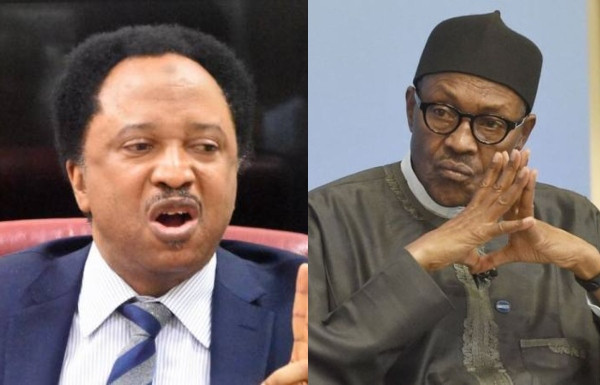 Shehu Sani, the former Senator representing Kaduna Central in the red chamber in his speech at a conference held to prepare Emerging Leaders in Kaduna on Monday, alleged that President Buhari is being tolerated by northerners because he is from the region.

According to the former APC Chieftain, Buhari has not been held accountable by the North even with the killings and destruction of property in the region. Shehu Sani stated that when power moves to the South, the North is always good at holding leaders accountable, but they are however silent when it moves to the north.

“The North is tolerant of bad government because Buhari is in government and he is from the North.

“When power move to the South, the North is good  at  holding leaders to account and when it moves to the North, we keep silent.

“We are shy. We are cautious.  We are afraid of telling our own that the road in the North is bad. We are more courageous to tell the truth  when the President doesn’t come from our region.

“Questioning President Buhari is more sympathetic when people are killed in the South-West than in the North, and this is because, they (South) are holding him to account. Here in the North, you don’t because they are shy. They believe he is infallible and  that he cannot be called to question” he said.

Sani added, “If 50 people are  killed in Katsina and  the representative of the state is not ready to stand up in the Senate to talk about his people being killed, then it will go on and nobody will know. But if  (Pa reuben) Fasoranti’s daughter is killed and  a representative from Fasoranti stood up and say I Senator blah blah stand up to  condemn the murder, the nation and the world will know.

“But if your people are dying here and the people you elected are afraid of being embarrassed and they don’t want to be categorized as been disloyal and be seen in the bad book, they  will kill as many as possible and the perception of people outside is that all is well. So, the North must not be docile because one of  their  own is in office.

“For this country to survive, President Buhari must listen to the voices of reason. You may not like the face of Wole Soyinka, Balarabe Musa, and Obasanjo,  but read through the contents of what they have written and see where adjustments can be made.”