You are here: Home / NEWS / #Shiites: Iran tells Nigeria to Send El-Zakzaky to them for Treatment 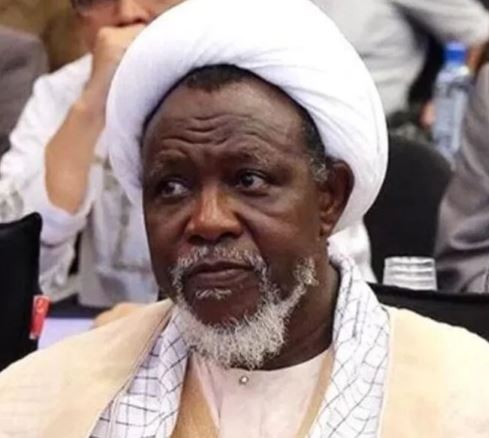 Amidst the chaos, Mohammed Montazeri, the Prosecutor-General (Attorney-General) of the Islamic Republic of Iran, has asked the Federal Government of Nigeria and the judiciary to allow the leader of the Islamic Movement of Nigeria, Shiekh Ibraheem El-Zakzaky, to come to Iran for medical treatment.

According to AhlulBayt News Agency, an Iran-based news organisation, Montazeri said this in a letter on Saturday. The Iranian official also called on the judiciary, which is the last hope of the common man, to grant bail to El-Zakzaky who is the leader of all Shi’ites in Nigeria.

Montazeri also criticised the Federal Government’s handling of the crisis, adding that El-Zakzakky’s current medical condition had become a source of worry. The letter read in part, “I, as the prosecutor general of the Islamic Republic of Iran, urge the Nigerian judicial authorities (to take steps) in line with their judicial independence and support for a captive citizen, and provide the ground for his release and transfer him to the Islamic Republic of Iran for treatment.”

RELATED:   Finding another Messi is very complicated' - Barcelona star one of a kind, admits Jordi Alba

Sheikh El-Zakzaky, who is in his mid-sixties, lost his left eye when Nigerian government forces raided the northern town of Zaria more than three years ago. The raid started after Shiites refused to allow the convoy of the Chief of Army Staff, Lt.Gen Tukur Buratai, to ply a road.  His wife also sustained serious wounds while more than 300 of his followers and three of his sons were killed in the violence that ensued.

RELATED:   Ray J is such a Proud Dad in These Photos with his New Born

The cleric has been kept in custody along with his wife and a large number of his followers ever since. El-Zakzky’s followers have for the last two years been holding protests mainly in Abuja, calling for his immediate release.

In recent time, the protests have become more aggressive leading to the deaths of Shi’ites, security officials and innocent Nigerians caught in the crossfire.

Back in 2016, Justice Gabriel Kolawole of a Federal High Court ordered his unconditional release from jail following a trial but the government has so far refused to set him free.

El-Zakzaky’s legal team has long called for his release, saying he is suffering from health issues that require urgent medical care abroad but the state high court in Kaduna has denied the request.  Another bail hearing is expected to take place on Monday, July 29.