Stefflon Don has silenced claims of Burna Boy cheating on her and also dumping her for Gambian actress, Princess Shyngle.

Rumours had it that Burna Boy had dumped the British-born Jamaican singer after reigniting his romance with Princess Shyngle who he allegedly started dating in 2018 but never really left.  The reports were based on lyrics of some videos Stefflon Don has been sharing on her Insta-Story.

RELATED:   Justice Onnoghen reaffirms that he has not resigned from office

However reacting to the claims made, Stefflon Don stated that the videos are all old songs and shouldn’t be linked to any break-up. She further stated that she and her Nigerian boyfriend, Burna Boy are good.

Here is her comment on the break-up report below;

RELATED:   #BBNaija: Bobrisky Fulfils Promise to Nina, Promises to Style her Hair every Week for 6 Months 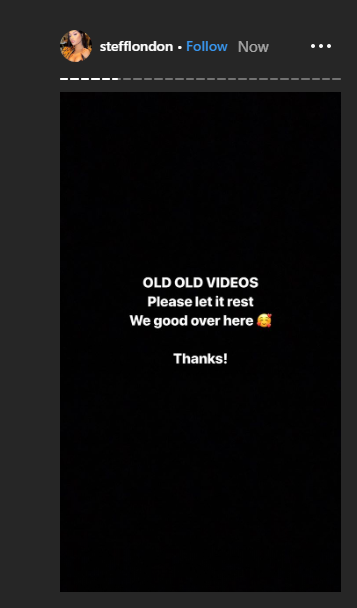