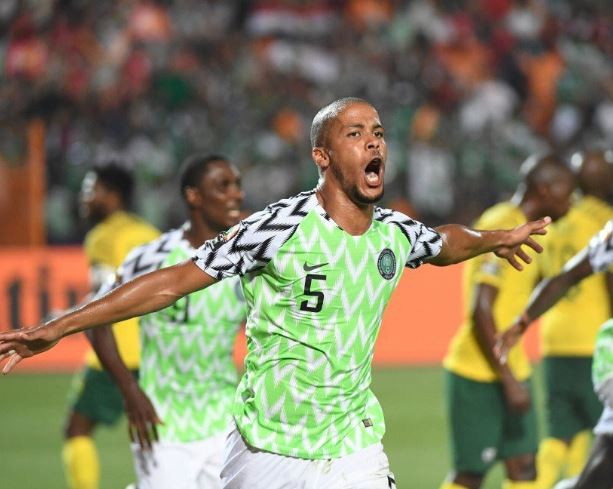 The Super Eagles of Nigeria are now in the semi-finals of the 2019 Africa Cup of Nations after defeating the Bafana Bafana of South Africa 2-1 at the Cairo International Stadium.

Defender, William Ekong’s 90th-minute winner dealt the cruelest blow to Stuart Baxter’s side, who had fought back to level in an even contest at Cairo’s International Stadium.

Samuel Chukwueze and William Troost-Ekong’s goals were enough to seal Nigeria’s place in the last four of the tournament. Samuel Chukwueze was impressive and was named the man of the match.