You are here: Home / NEWS / Swedish Government Prepares its Residents for War

Following the cue of the Russian government which last month explained to Russians how to stock their bunkers with water and basic foodstuffs in case a war breaks out, the Swedish government has started sending out information leaflets to the 4.8 million households in the country, telling them what to do in the event of a war.

According to The Chronicles, The pamphlet distributed by the Swedish government, titled Om krisen eller kriget kommer (If crisis or war comes), explains how people can secure basic needs such as food, water and heat, what warning signals mean, where to find bomb shelters and how to contribute to Sweden’s “total defence”. 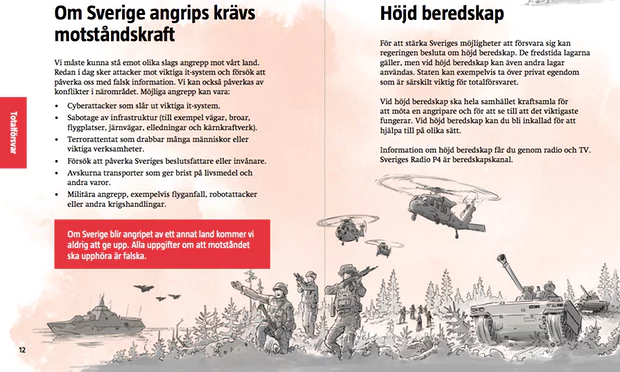 This is the first time in more than half a century that Sweden is sending out such leaflet. The 20-page pamphlet, illustrated with pictures of sirens, warplanes and families fleeing their homes, also prepares the population for dangers such as cyber and terror attacks and climate change, and includes a page on identifying fake news.

The brochure says: “Although Sweden is safer than many other countries, there are still threats to our security and independence. If you are prepared, you are contributing to improving the ability of the country to cope with a major strain.”

Similar leaflets were first distributed in neutral Sweden in 1943, at the height of the second world war. Updates were issued regularly to the general public until 1961, and then to local and national government officials until 1991.

The leaflet advises people to think about how to cope if there was no heating, food became difficult to buy, prepare and store, there was no water in the taps or toilet, and cash machines, mobile phones and the internet stopped working.

It advises checking the source of all information, warning that “states and organisations are already trying to influence our values and how we act … and reduce our resilience and willingness to defend ourselves”. 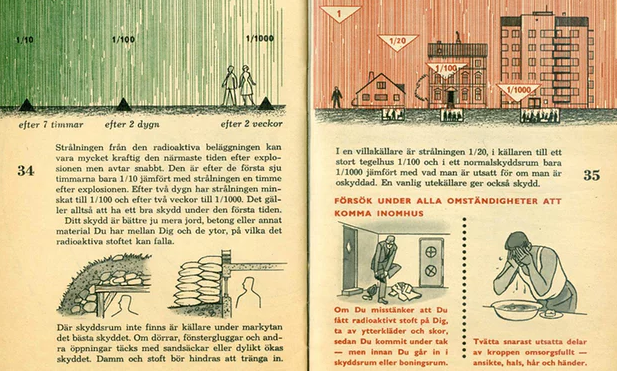 A detailed page of “home preparedness tips” advises the population to stock up on water bottles, warm clothing and sleeping bags, and “non-perishable food that can be prepared quickly, requires little water or can be eaten without preparation”.

In the event of armed conflict, it says, “everyone is obliged to contribute and everyone is needed” for Sweden’s “total defence”: anyone between 16 and 70 “can be called to assist in the event of the threat of war and war”.

Sweden has not been at war with another country for more than 200 years. If it is attacked, the leaflet says, “we will never give up. All information to the effect that resistance is to cease is false.”