You are here: Home / NEWS / Taylor Swift crossed after learning that her master recordings have been sold to talent manager Scooter Braun 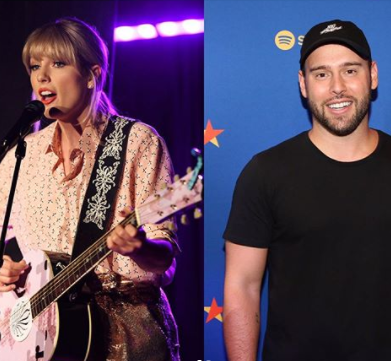 Taylor Swift was pissed after learning that her master recordings have now been sold to talent manager, Scooter Braun, thereby granting him ownership of her music catalog.

It was announced Sunday that Big Machine Label Group, Taylor’s former label, and the owner of the master recordings from her 2006 debut album, to her 2017 album was sold to Scooter’s Ithaca Holdings in a $300 million deal.

This angered Taylor Swift, who felt she had been ripped off and she took to social media to call Scooter.

RELATED:   150,000 jobs will be created with our investment in sugar production - Dangote

“For years I asked, pleaded for a chance to own my work. Instead, I was given an opportunity to sign back up to Big Machine Records and ‘earn’ one album back at a time, one for every new one I turned in. I walked away because I knew once I signed that contract; Scott Borchetta would sell the label, thereby selling me and my future. I had to make the excruciating choice to leave behind my past. Music I wrote on my bedroom floor and videos I dreamed up and paid for from the money I earned playing in bars, then clubs, then arenas, then stadiums.”

RELATED:   'I regret not being serious in my education' - Yvonne Nelson Says

She also mentioned the Kardashians and the Wests.

Taylor said that when she left her masters in the hands of Scott Borchetta, the former owner of the label, she knew that he would one day sell them. However, she never thought it would be sold to Scooter.