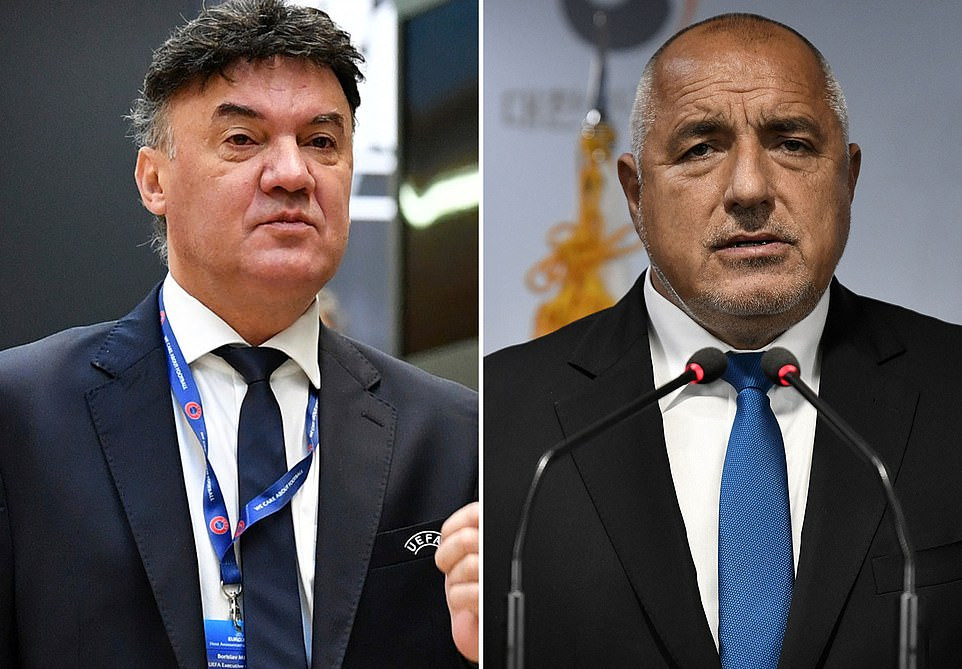 Boyko Borisov, the prime minister of Bulgaria has made sure racism is not swept under the carpet as he demanded that the country’s FA president Borislav Mihaylov steps down after black England players suffered racist treatment on Monday night (Oct. 14).

During the Euro 2020 qualifying clash, home fans directed shameful ‘ Nazi salutes and racist chants at Three Lions players in Sofia. The match was halted on two separate occasions by UEFA officials due to abuse aimed at England players despite their 6-0 victory in Bulgaria.

After the game, Bulgaria manager Balakov claimed he did not hear any racist chanting from his nation’s supporters and instead slammed England fans for interrupting the Bulgaria national anthem.

Balakov told ITV: ‘I personally did not hear the chanting you are most probably referring to. I saw that the referee stopped the game.’

Following the disgraceful behavior from the home fans, Bulgarian PM Boyko Borisov said the government will freeze all relations with the Bulgarian FA – including denying them any funding until Mihaylov steps down.

On Tuesday morning (Oct. 15), Bulgarian Minister for Sport Krasen Kralev released a statement to Bulgarian news site sportal.bg, saying: ‘A little while ago, the Prime Minister called me urgently. You know that in the last four years, the government has done a lot for the development of Bulgarian football.

‘But after the recent events, having in mind the whole state of football, after yesterday’s incidents, the Prime Minister has ordered me from today to suspend any relations with the football union, including financial ones, until the resignation of Borislav Mihaylov.’