You are here: Home / NEWS / The Law is Taking its Place: Former Algerian Prime Minister, Abdelmalek Sellal arrested for ‘corruption’ 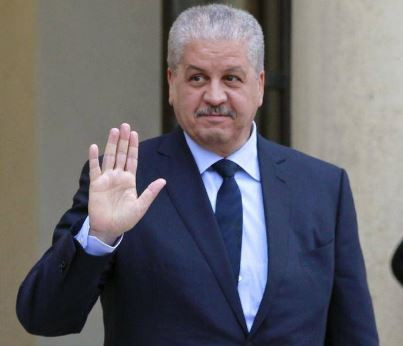 No one is above the law even the leaders. Algeria’s supreme court on Thursday remanded ex-prime minister Abdelmalek Sellal in custody over graft allegations.

According to Algerian state TV, the move is in a continuing crackdown on alleged corruption and cronyism among associates of former President Abdelaziz Bouteflika.

Abdelmalek Sellal is one of the closest Bouteflika associates to be detained since mass protests broke out in February, demanding the prosecution of people that protesters regarded as corrupt as well as sweeping democratic change.

“Sellal, who left office in a May 2017 cabinet reshuffle after serving as premier and Bouteflika’s campaign manager several times, is under investigation over dissipation of public funds. Former trade minister Amara Benyounes, who served under Sellal from April 2014 to July 2015, appeared before the supreme court in a corruption case’’ state television said.

State television also reported that the police had arrested Mourad Eulmi, head of the private firm SOVAC, a partner of Germany’s Volkswagen AG, at a car assembly plant in the western province of Relizane in connection with “corruption cases”.

On Wednesday, the supreme court had ordered the detention of another former prime minister, Ahmed Ouyahia, for alleged involvement in corruption, including “awarding illegal privileges and dissipation of public funds. A judge at the Supreme Court confiscated the passport of former transport and public works minister Abdelghani Zaalane,’’ state TV reported.