You are here: Home / NEWS / The Lion King: Anthony Joshua got a new lion tattoo on his middle finger 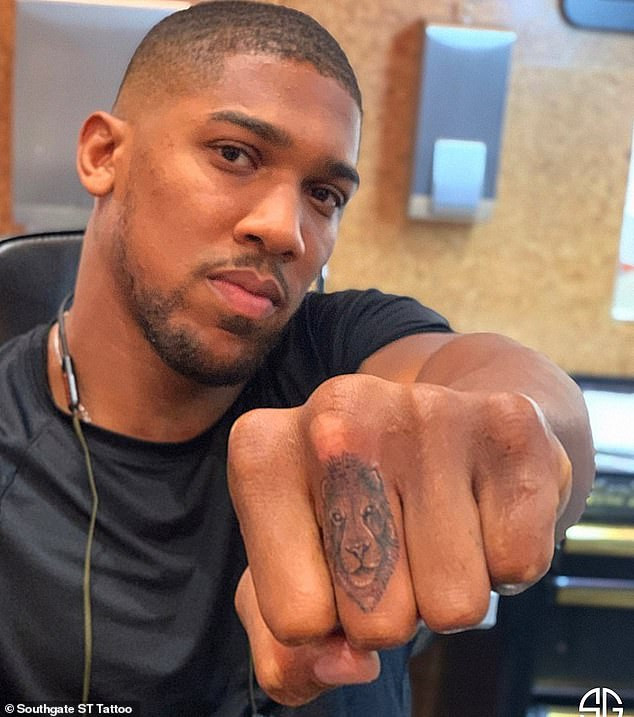 The 29-year-old British-Nigerian boxer, Anthony Joshua, has gotten a new tattoo ahead of his December rematch with Andy Ruiz Jr.

He visited a local tattoo shop in Southgate, London in July, where he got a lion and a forest tattooed onto his middle finger to cover up calluses; a moon was added to it. 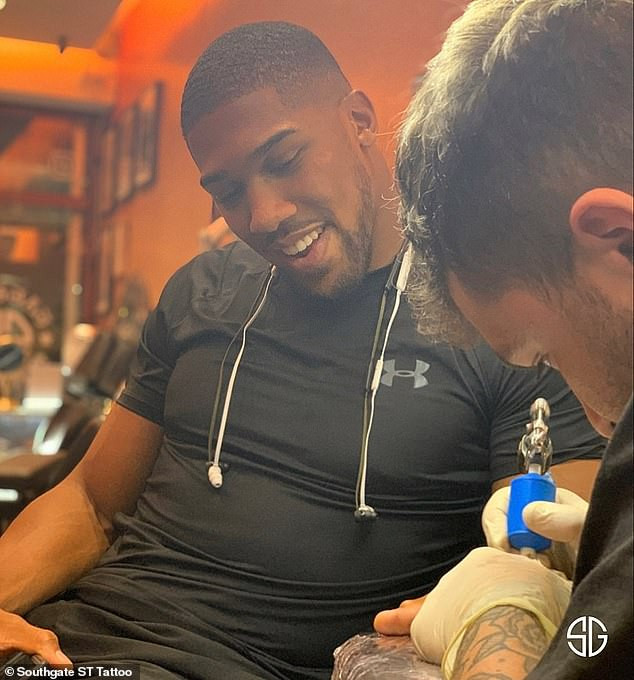 He came in the middle of July, we had a quick consultation, he lives not far from Southgate,’ shop owner Victor Tsyhanou told The Sun.

‘We booked him in for the following week – it’s the first time a big name like Anthony has come to the studio. 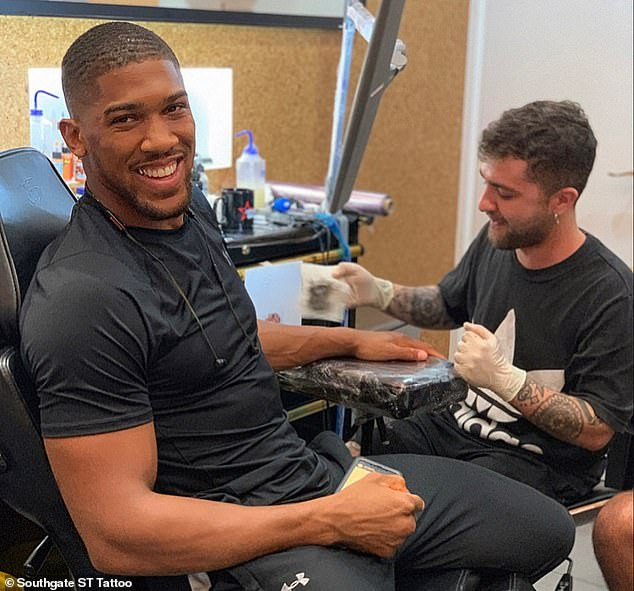 ‘Obviously, there was a lot of attention from locals so we booked him in later in the evening, closed the studio and did him a private session.

‘Because he does boxing, he had some pigmentation on his fists, so he gave us ideas of what he wanted to do. 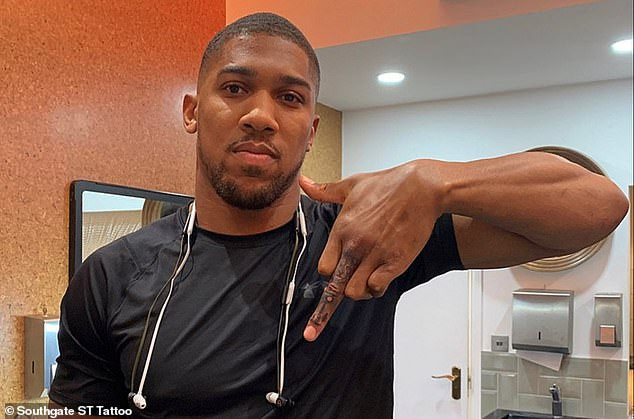 ‘He wanted a little forest, so we decided to do this thing with the moon.’ 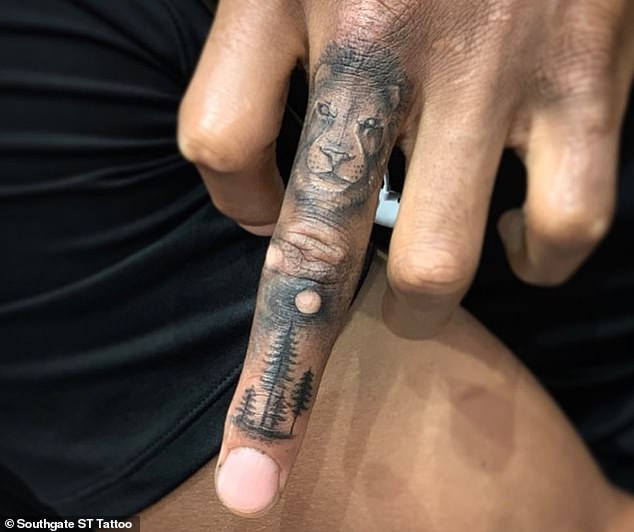