You are here: Home / NEWS / Timi Dakolo dishes out Bible verses to justify calling his claims on COZA Pastor

Timi Dakolo is still on the news after he claimed that popular Nigerian pastor of COZA  goes about sexually abusing women.

While he was called out by some Christians for openly criticizing the unnamed pastor as some claimed it was against Bible standards.

The singer took to the scriptures to rescue him. He tweeted Bible verses to justify him publicly pointing out the pastor’s wrongs.

Below are his recent posts. What are your thoughts? 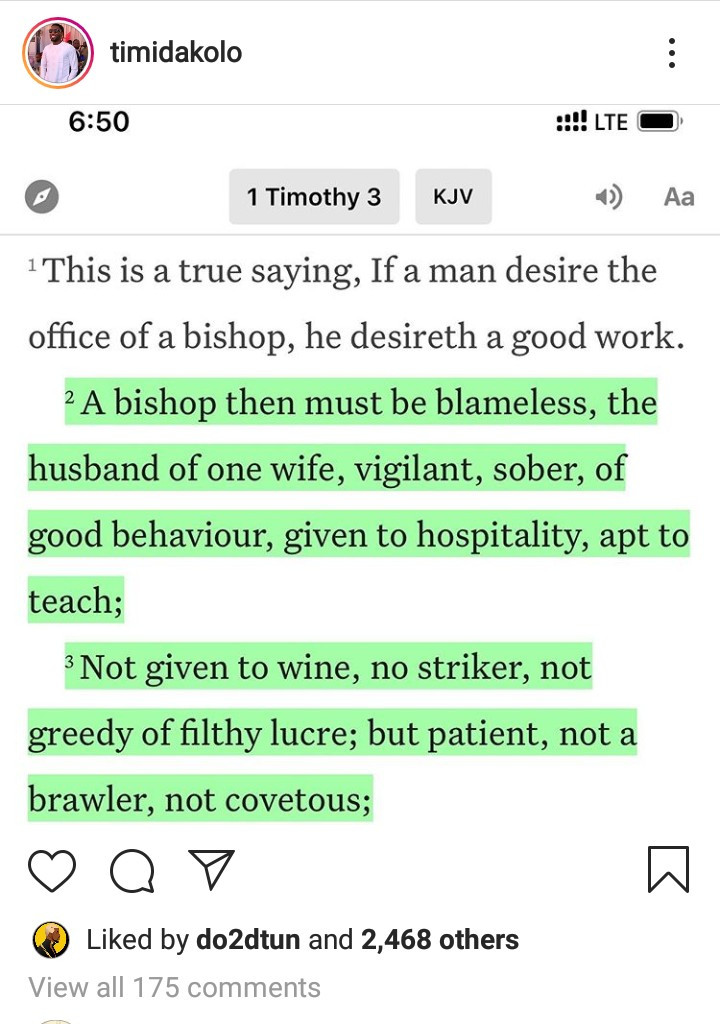 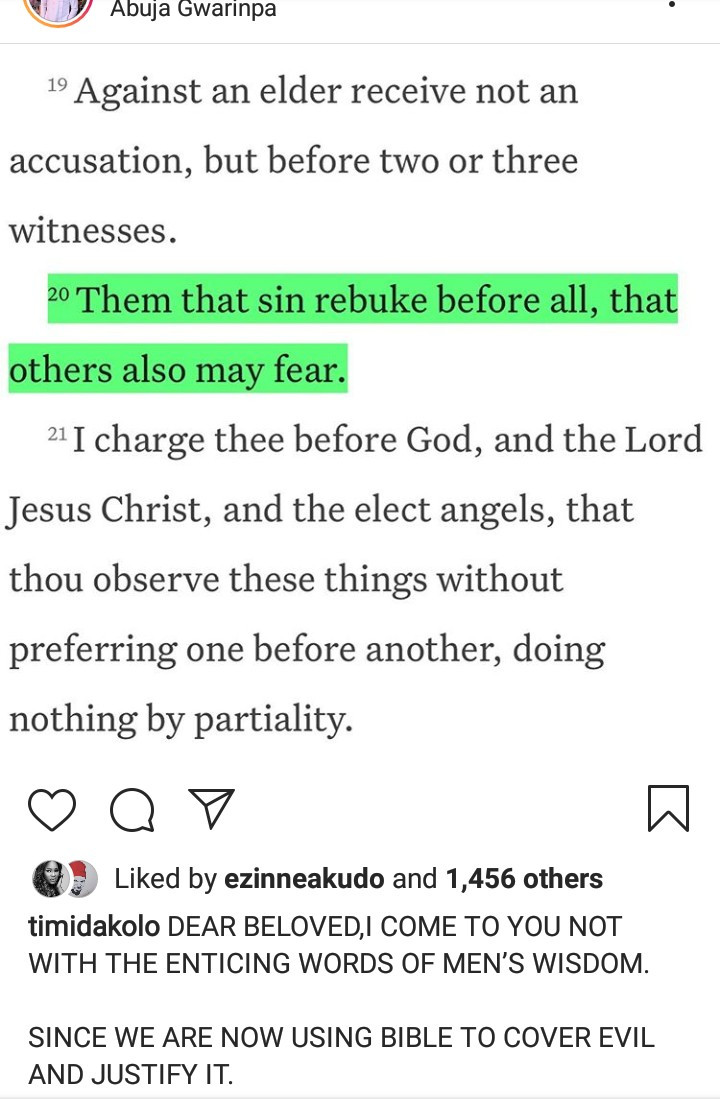