You are here: Home / NEWS / Timi Dakolo Stands by his Wife, Busola Dakolo in the Midst of Reports of Police Intimidation

Singer Timi Dakolo has taken to Instagram to declare his stance following recent revelation that she was forced by police at gunpoint to sign letter countering her rape case against Biodun Fatoyinbo.

Busola Dako said that the legal and police case still continues in spite of attempts by the pastor and his supporters to intimidate and silence her.

After this was released, her husband, Timi Dakolo reposted her content and wrote: “NO AMOUNT OF LIES CAN PUT DOWN A HEART THAT HAS NO ROOM FOR FEAR.NO MIND TROLLS DEM,THEIR PAGES WERE CREATED SO THEY CAN DO SUCH..INFACT IGNORE. ” 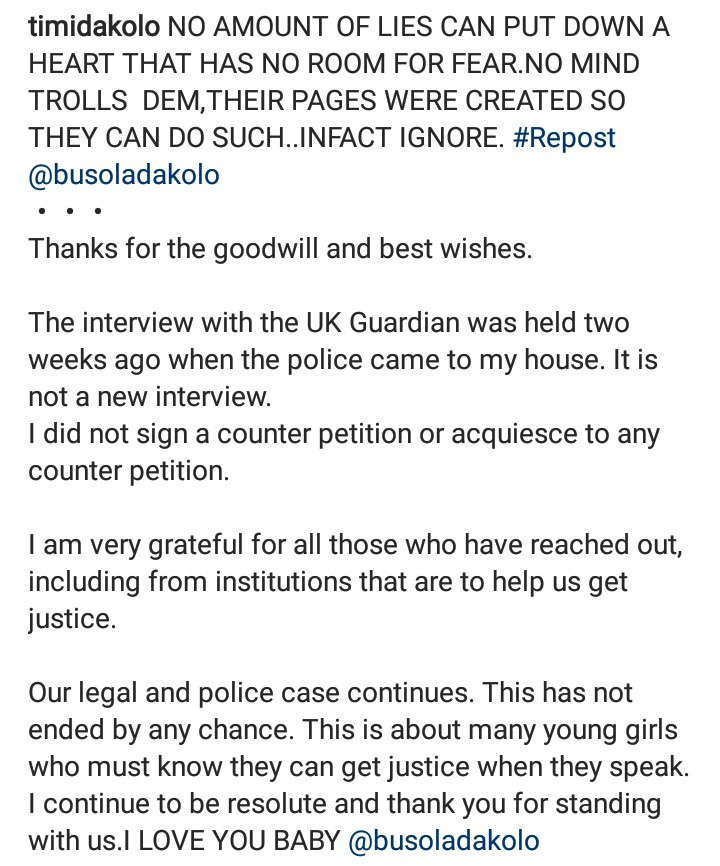