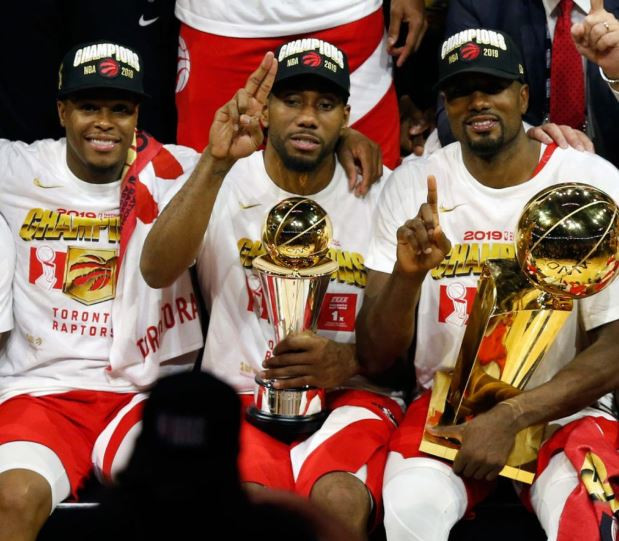 The Toronto Raptors became the 2019 NBA champions and they are the first team outside the US to do it last night.

Thursday’s game was tight, going back and forth between the Raptors and the Golden State Warriors, but the Raptors took the game in the end with a 114-110 for a 4-2 series victory. The game ended the 2019 championship series and was a first-time win for the Raptors, who made their NBA Finals debut in their 24th season.

RELATED:   "In my Government, Education will be the new oil"- Oby Ezekwesili

Kawhi Leonard, the All-Star forward Toronto acquired last summer from San Antonio, was named Finals MVP for the second time. Leonard is the third player to win the award with more than one franchise, along with Kareem Abdul-Jabbar and LeBron James.