You are here: Home / NEWS / Tragic #LagosBuildingcollapse Twitter report: Man threatens to kill himself after losing 3 kids in the Lagos school building collapse 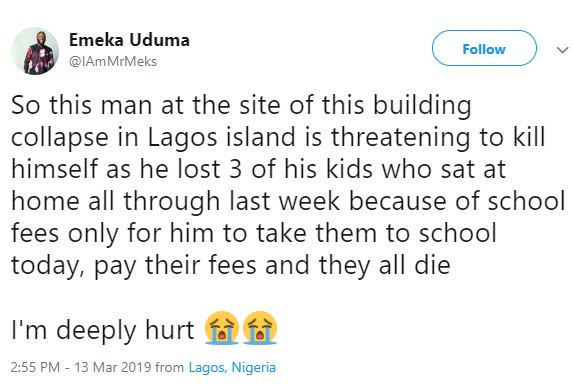 Tragedy looms as man loses his three kids in the Lagos Building Collapse. This is one of the many tragic stories coming from the collapse of a three storey building in Lagos Island where several kids were trapped.

As gathered by Lasema, ‘final headcount and an official statement will be released by the Lagos State government soon but on scene clearing of debris and rubble ongoing while ambulances remain on standby’.