You are here: Home / NEWS / Trouble in Paradise: Frodd says Esther is only a friend, “they are not following each other on Instagram” 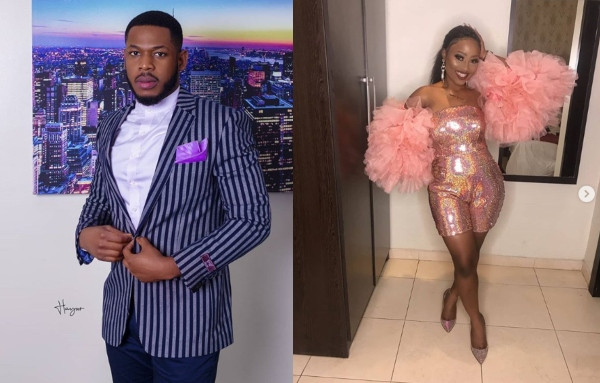 Frodd on radio said that Esther is “not being a love interest and having no situation with her”.

Frodd said he is all focused on his brand and also planning to give back his fans all they gave him. He concluded by saying he is only friends with Esther who he was romantically linked to while still in the Big Brother House.

A quick check revealed they are both not following each other on Instagram. Here are screenshots below; 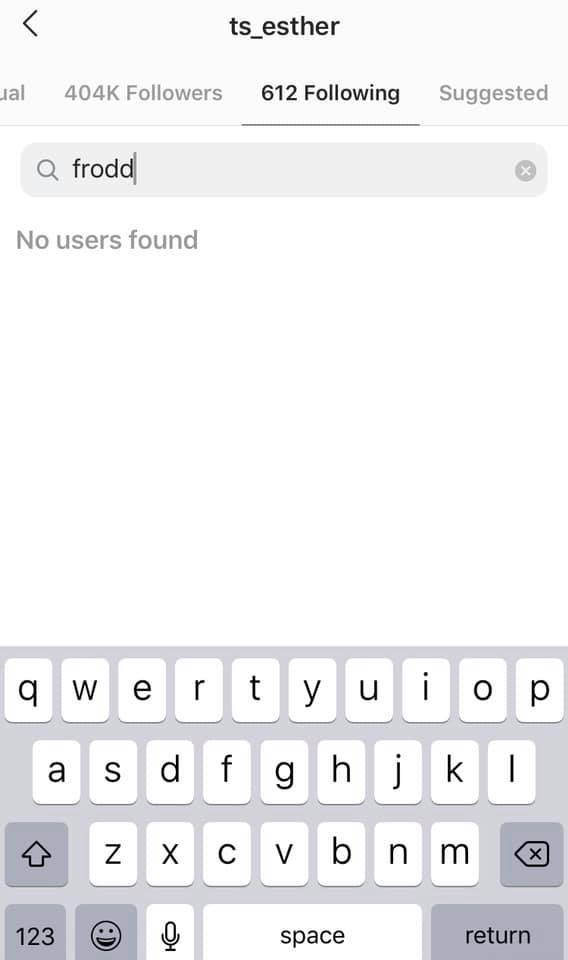 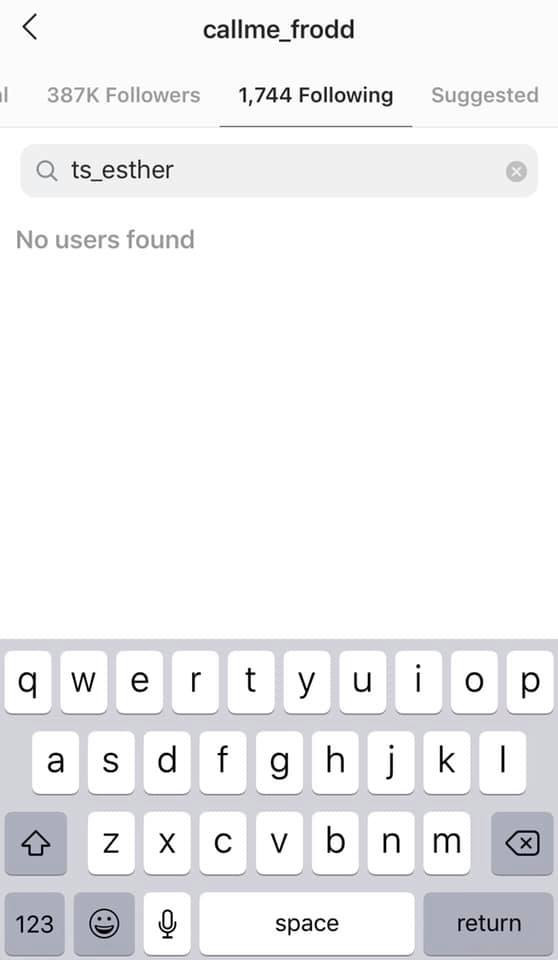 Like, Family, I can never discredit Esther or pretend that we don’t have a unique friendship. What I meant was, we are currently busy trying to put our different homes together while attending all these interviews. We are amazing and have been in touch.

RELATED:   JOHESU Calls for the Impeachment of the Minister of Health