You are here: Home / NEWS / Tuoyo evicted from the Big Brother House, Tacha and Seyi up for fake Eviction 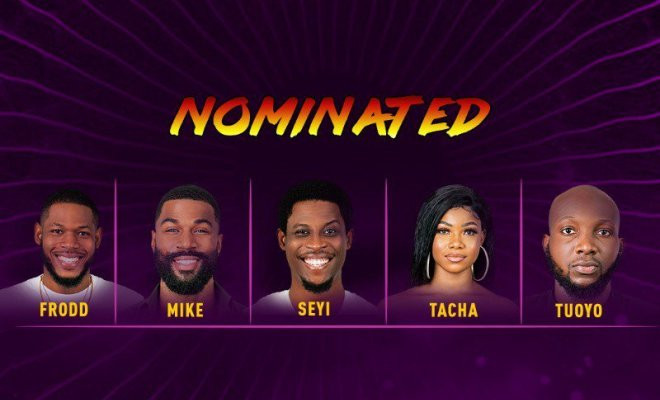 Tuoyo, the 24-year-old physiotherapist and stripper, became the only evicted housemate in the third week of the Big Brother Naija reality show.

This Sunday’s eviction show has a twist as there were two fake evicted housemates and they were Seyi and Tacha. Tuoyo, on the other hand, was the unlucky one after being nominated for eviction alongside Mike, Tacha, Seyi and Frodd.

RELATED:   Fayose's State is under attack as dead victims throw the state into mourning

Tuoyo, the fifth housemate to leave the reality show also expressed surprise when it was revealed that Frodd put him up for eviction.