Twitter CEO Jack Dorsey has announce that Twitter will ban all political advertising on the platform globally.

He made this statement on Twitter and explained that they’ll be stopping every paid political ad because they “believe political message reach should be earned not bought”.

According to Jack Dorsey, paying for reach as regards politics “brings significant risks to politics, where it can be used to influence votes to affect the lives of millions.

The details on the ban will follow in November.

Read his full statement on the matter below. 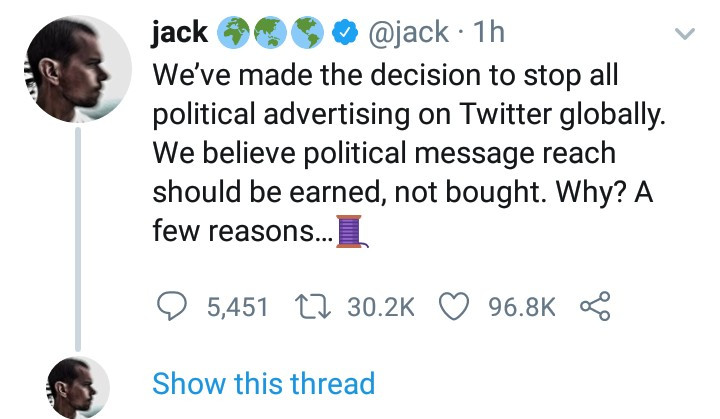 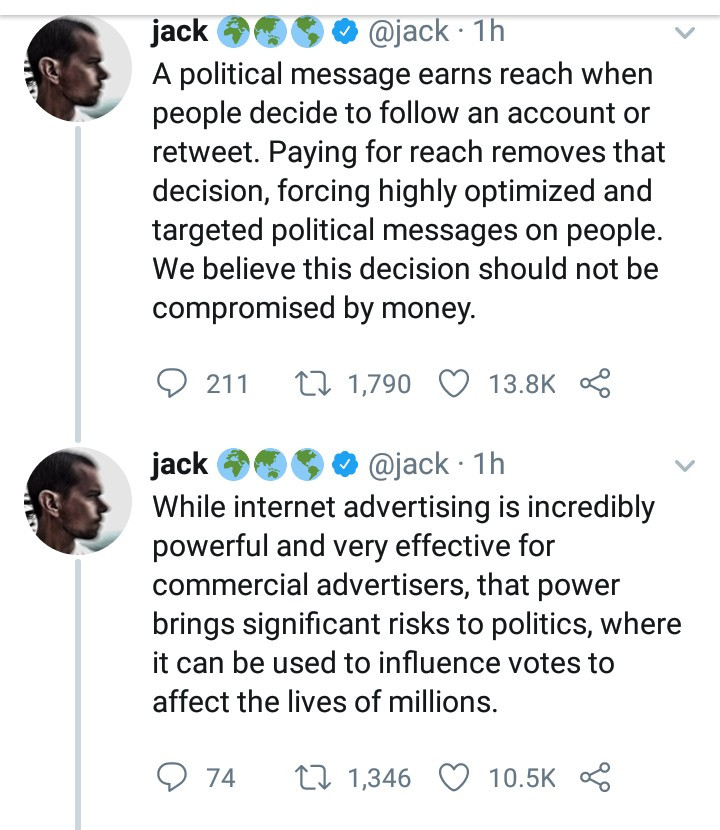 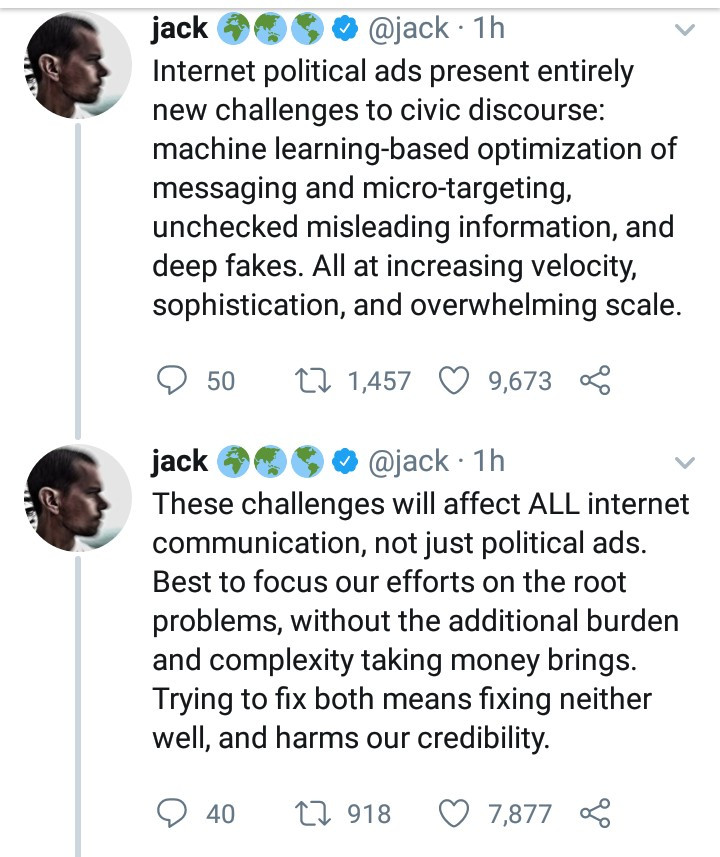 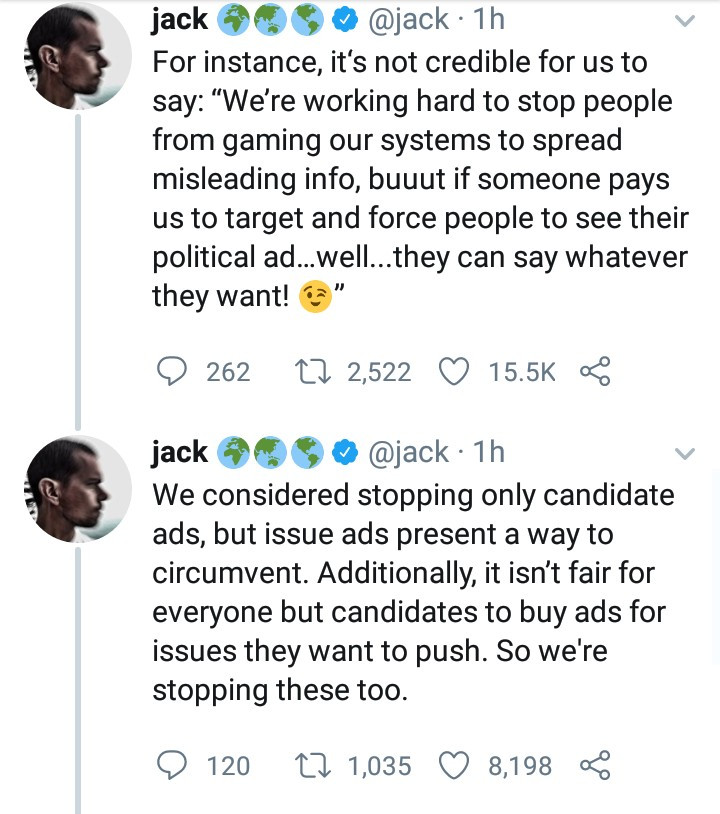 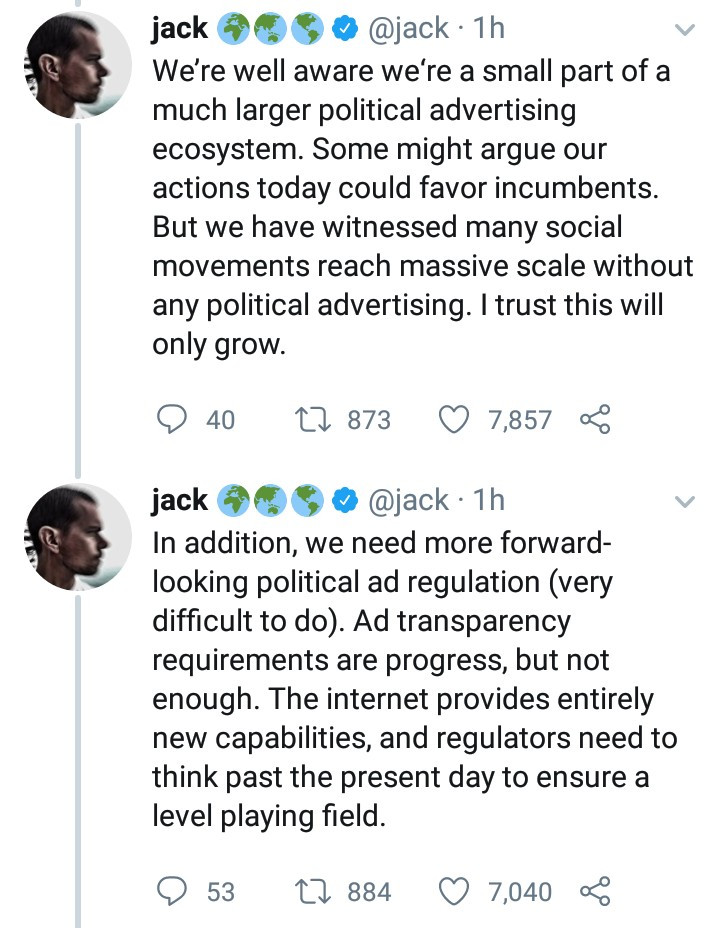 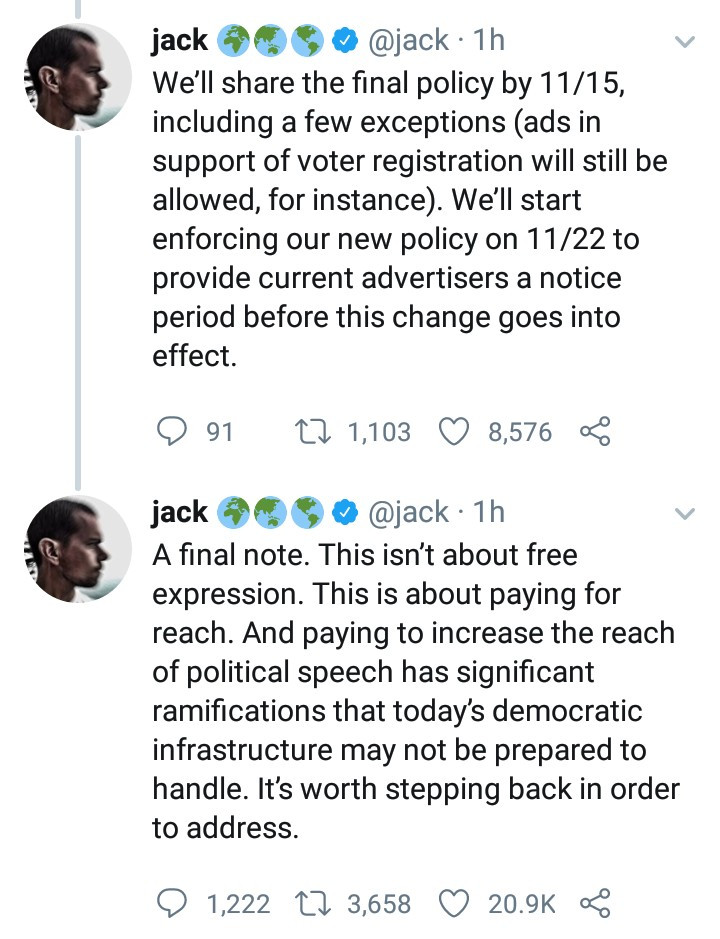