You are here: Home / NEWS / Twitter User Shared how his 5yr old Daughter Chose him after Being Hoarded by his Babymama

Outspoken Nigerian twitter user, ‘Deacon Dolapo, to the surprise of his followers, narrated how he got unbridled access to his daughter, Velma, on a platter of gold, after a bitter fight with his baby mama.

According to him, she frustrated all his attempts to be a part of his daughter’s life until his little girl spoke up and said she preferred to be with her dad. Read his tweets below. 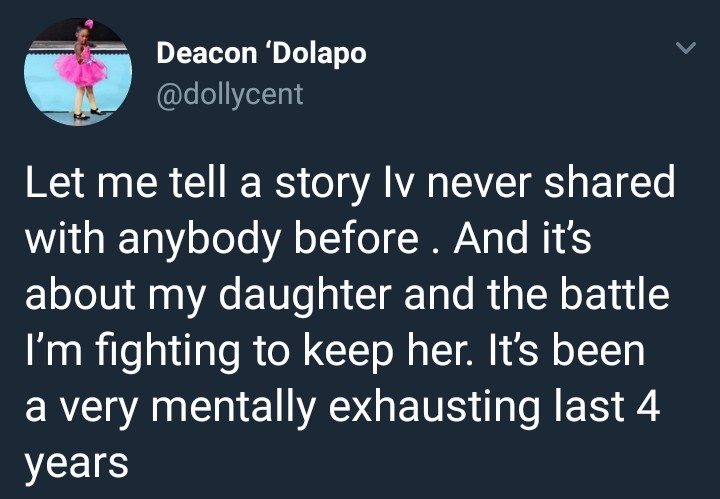 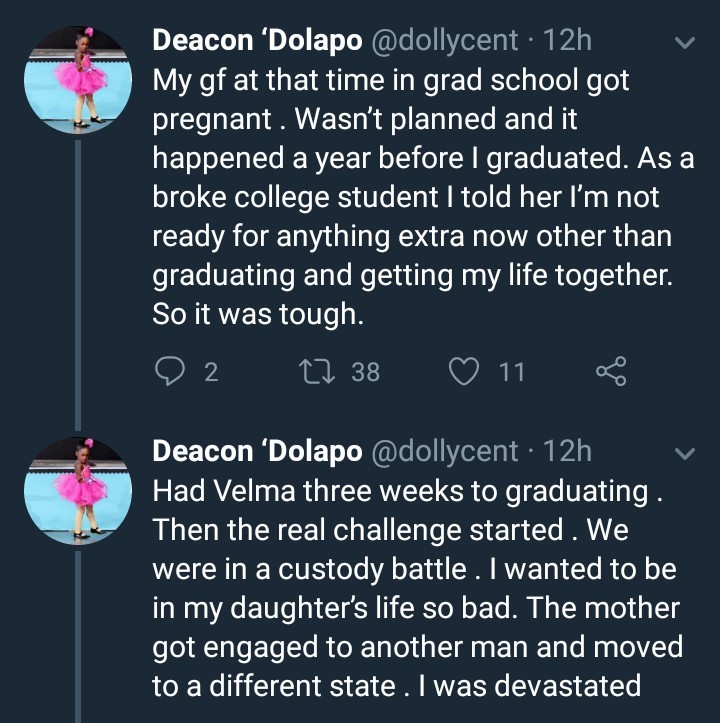 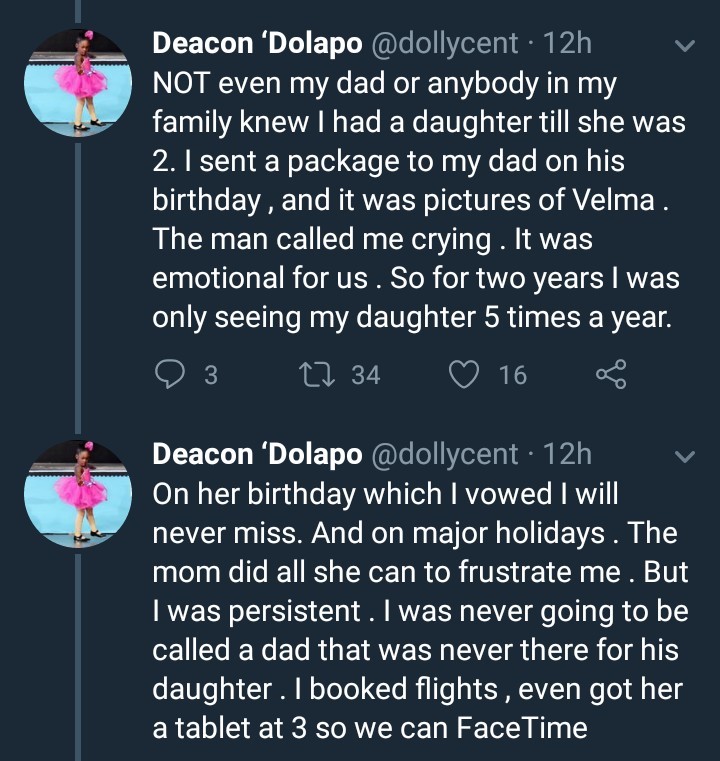 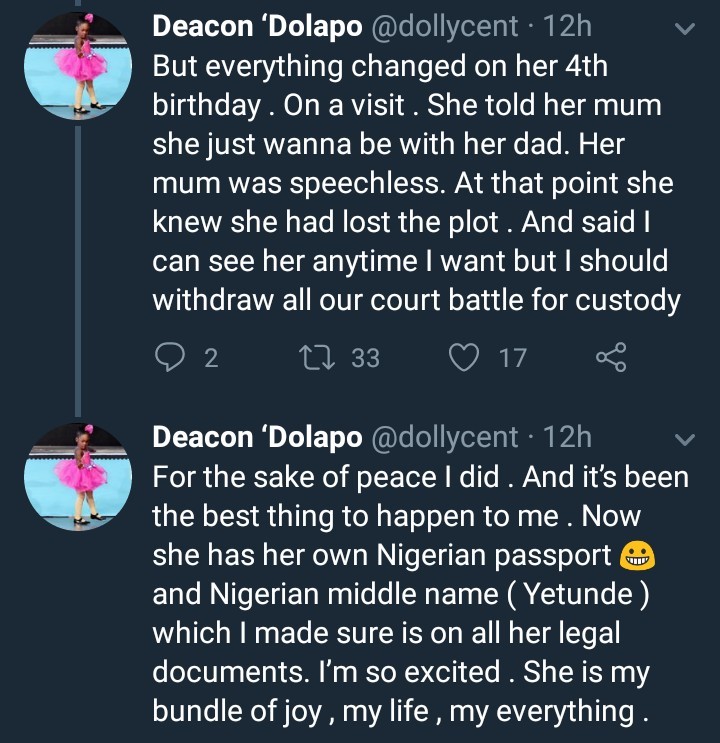