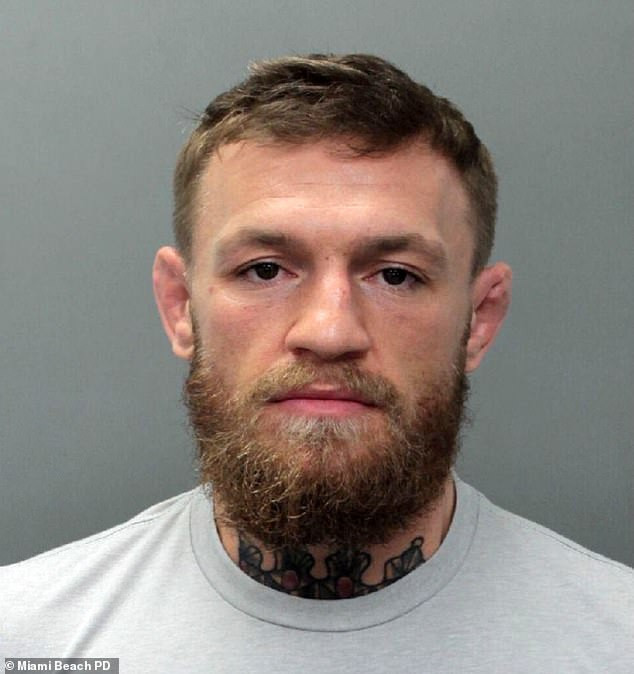 MMA fighter, Conor McGregor, was arrested on Monday evening after he allegedly smashed a fan’s phone out of his hand and stomped on it outside a nightclub in Miami Beach.

According to an arrest report obtained by the Miami Herald, McGregor and the fan were leaving the Fontainebleau Miami Beach hotel, home to the LIV nightclub, just after 5am Monday.

RELATED:   Federal Government: Whistleblowers to be rewarded and protected in Nigeria

He was seen in surveillance footage slapping the fan’s phone out of his hand as he was taking a photo and then stomped on it several times.

McGregor then picked up the $1,000 phone and walked away with it, police say.

The father of two was arrested Monday evening at a home in Miami Beach. He was booked at Miami-Dade Jail and was released from the Turner Guilford Knight Correctional Center just after 10 pm on $12,500 bail.

McGregor’s attorney’s released the following statement after his arrest: ‘Last evening Conor McGregor was involved a minor altercation over a cell phone that resulted in a call to law enforcement.

RELATED:   Lola Rae shares lovely photos of her baby with Tekno to celebrate her birthday

‘Mr McGregor appreciates the response of law enforcement and pledges his full cooperation.’