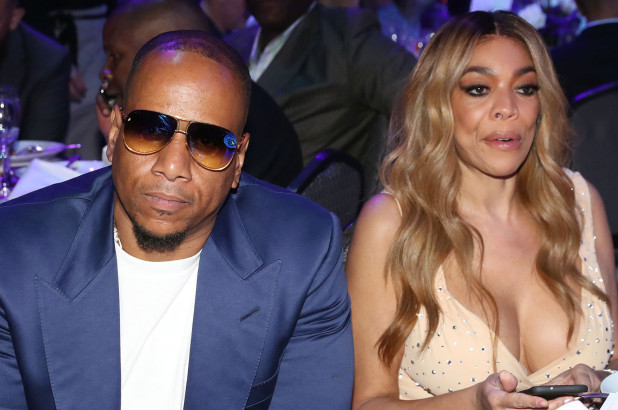 Kevin Hunter is the newest job applicant in town as Wendy Williams has reportedly fired him from being her executive manager. He also has 48 hours to leave her house.

A source who has spent time with Williams since their breakup told PEOPLE that the daytime TV host, 54, will be firing Hunter as her manager in the wake of her divorce filing — which an insider told PEOPLE came after he admitted to cheating on her and fathering a child in an extramarital relationship.

“She’s not taking him back. He’s being fired as her manager and she lawyered up big time,” the source says of Hunter, who has had an executive producer title for The Wendy Williams Show since it debuted in 2008.

“It’s hard after being married for so long and having a family together, to be able to move forward,” the source says. “But she realized she had to open her eyes to a bad marriage. So many stick around when they should get out.”

The source also claims that Hunter’s alleged affair has been going on for the majority of his marriage to Williams.

“Wendy is telling people she had no idea he had been having an affair, but when she found out the details, it turned out he had been seeing the woman he had a baby with for 15-16 years,” the source claims. “That made her realize it was time to move forward with her life. Seek treatment and move on. She’s not taking him back.”

On Tuesday, Kevin Hunter opened up about Williams’ divorce filing in a statement.

“28 years ago I met an amazing woman: Wendy Williams. At the time, I didn’t realize that she would not only become my wife, but would also change the face of entertainment and the world,” Hunter said in a statement. “I have dedicated most of our lives to the business empire that is Wendy Williams Hunter, a person that I truly love and respect unconditionally. I am not proud of my recent actions and take full accountability and apologize to my wife, my family and her amazing fans.

“I am going through a time of self-reflection and am trying to right some wrongs. No matter what the outcome is or what the future holds, we are still The Hunter Family and I will continue to work with and fully support my wife in this business and through any and all obstacles she may face living her new life of sobriety, while I also work on mine. I ask that you please give me and my family privacy as we heal. Thank you.”

RELATED:   Shocking! The popular footballer killed on Sunday was in a Cult Shrine when shot by JTF