You are here: Home / NEWS / ‘When They See Us’ bags 16 Emmy nominations 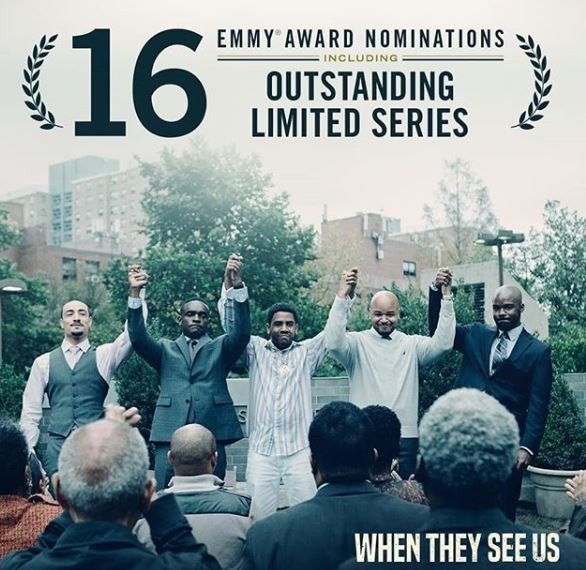 Netflix’s highly watched four-part series, When They See Us earned the highest nominations for the streaming giant with a whopping 16 Emmy nods including Outstanding Limited Series.

The show director, co-writer, and producer Ava DuVernay took to Twitter to thank the real-life series subjects Antron McCray, Kevin Richardson, Yusef Salaam, Raymond Santana, and Korey Wise who have since been dubbed The Exonerated Five.

RELATED:   "Bring Back Our Money"-Liberians Protest the Disappearance of over $60Million of newly printed Bank Notes

DuVernay also selected for writing and directing nominations for the series, while Jharrel Jerome, Aunjanue Ellis, Niecy Nash, Asante Black, John Leguizamo, and Michael K. Williams were among the series stars recognized for their acting performance.

When They See Us, which follows the five Harlem teens who were incorrectly convicted first in the media and then twice in the courts for the brutal rape of a jogger in the NYC park, was one of the most popular series on the streaming platform, showing up on more than 23 million accounts worldwide.

It is intriguing that the road to making ‘When They See Us’ started with a 2015 Tweet by Raymond Santana urging DuVernay to take on the project and as they say, the rest is history.