You are here: Home / NEWS / Wicked world! See what this pastor did to a 15-year-old member on her birthday

The police in Ogun State have arrested the founder of El Bethel Parish of Celestial Church of Christ, Itaaka, Abeokuta, Dr Michael Adeniran, for allegedly defiling and impregnating a 15-year-old girl.

The victim, Mary (surname withheld), a Senior Secondary 2 student‎ of Saje High School, Abeokuta, is incidentally the daughter of the suspect’s lover and church member. 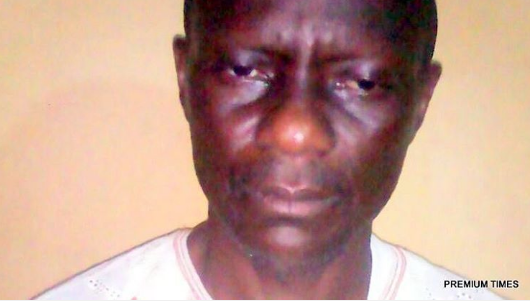 The state Police Public Relations Officer, Abimbola Oyeyemi, who confirmed the incident in a statement Sunday, said the randy pastor was arrested on Saturday.

Oyeyemi, an Assistant Superintendent of Police, disclosed that the mother of the victim lodged complaint to the police who swiftly effected the arrest.

‎According to him, the victim revealed that Adeniran was responsible for her pregnancy.
The police spokesman also quoted the student as saying the pastor lured her into his car and deflowered her on her birthday‎.