You are here: Home / NEWS / INTERNATIONAL NEWS / You won’t believe the easy punishment that was given to these Gay Men

You won’t believe the easy punishment that was given to these Gay Men. Two men have been caned 85 times each in the Indonesian province of Aceh after being caught having gay sex.

The men stood on stage in white gowns praying while a team of hooded men lashed their backs with a cane.

The pair, aged 20 and 23, were found in bed together by vigilantes who entered their private accommodation in March. They have not been identified.

Gay sex is not illegal in most of Indonesia but it is in Aceh, the only province which exercises Islamic law. 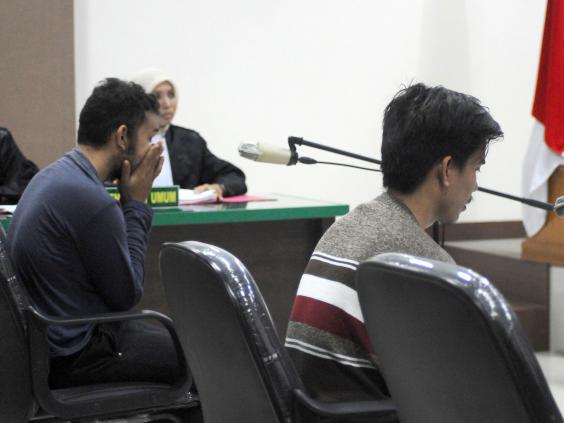 It is the first time gay men have been caned under Sharia law in the province.

The punishment was delivered outside a mosque in the provincial capital of Banda Aceh.

A large crowd of observers cheered as the caning took place. “Let this be a lesson to you,” one of the men watching cried out. “Do it harder,” another man yelled.

Earlier, an organiser warned the crowd not to attack the men, saying “they are also human”.

RELATED:   To combat misleading or wholly fabricated political news, Read what Facebook has done in America

I met one of the young men in jail a day before the caning, the first journalist to speak to him.

He was terrified and his whole body was shaking. He was thin, pale and had a red rash on his skin.

Inmates surrounded us with intimidating glares as we tried to talk. I thought we were going to be speaking in a private room, but he was not granted that.

Before neighbourhood vigilantes broke down the door to his rented room, he was in his final years of a medical degree and his plan was to be a doctor. Now we are told the university has kicked him out.

RELATED:   Everything you need to know about Hugh Grosvenor, the richest 26-year-old in the world

Videos of the raid that caught him and his partner having sex have been widely shared online. In the mobile phone footage they are both naked, pleading for help.

“I just want the caning to be over and to go back to my family, I have been deeply depressed. I am trying to pull myself out of a deep black hole,” he said.