You are here: Home / NEWS / #WorldCup: 154 of the 230 Nigerians stranded in Russia have returned home 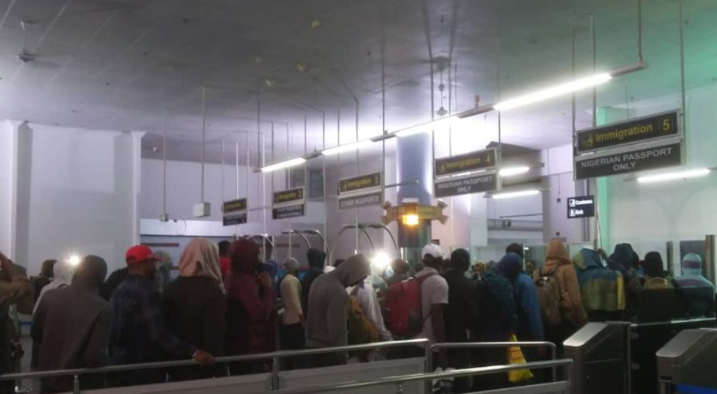 154 out of the 230 Nigerians that were stranded in Russia after going to watch the World cup, have returned home. The stranded football fans arrived the Nnamdi Azikiwe International Airport Abuja at about 9 pm via an Ethiopian Airline flight number ET-ALP, Vanguard reports.

The Minister of Foreign Affairs, Mr. Geoffrey Onyeama, who was at the airport to monitor their arrival, said that President Buhari had directed that Nigerians, who were stranded in Russia after the 2018 World Cup tournament, should be evacuated immediately at the expense of the Federal government. He said his ministry went into action immediately to facilitate the evacuation of the stranded Nigerians.

He said that 155 stranded Nigerians had been cleared to board an Ethiopian Airline flight to Abuja.

Onyeama said efforts are being made to ensure the return of the others that are still stranded.