The PUNCH learnt that the app was immediately uploaded online and available for free download from the Google Store.

Ogunnubi’s invention confirms Facebook Founder, Mark Zuckerberg’s statement two months ago that Nigeria was blessed with focused youths who in the future “will emerge as Nigeria’s industry captains and will become tomorrow’s entrepreneurial giants like Bill Gates and the Google boys, among others. 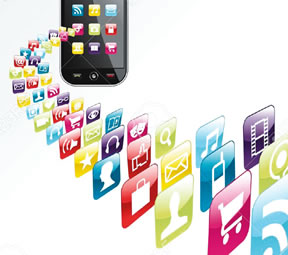 Ogunnubi developed the app under the tutelage of an Information and Communications Technology partnership between the Vivian Fowler Memorial College for Girls and New Horizons Computer Learning Centre.

RELATED:   UN urges Nigeria to Legalise the Use of Cannabis

According to her, the app helps users to know their geographic location, view it on the map and be appropriately directed.

One of the other attributes of the app is that it is integrated with an alert button, which when pressed in a distressed situation, calls the Lagos State emergency service number, 767, “and one thereby gets the chance of being rescued from threatening emergencies or conditions.”

The Executive Director, Vivian Fowler Memorial College for Girls, Mrs. Olufunke Fowler-Amba, said the school had been living to its billing as a top quality and front row Information Technology-driven institution for many years.

RELATED:   Don’t cry when I die, Harrysong tells his fans in suicidal note

“The achievements by Ogunnubi and many other students, who had equally developed other IT solutions at different times, are glaring testaments to the fact,” she said.

Fowler-Amba expressed delight at the strategic ICT partnership that the school established with New Horizons, a United States-based IT, skills, certification and training organisation that has presence in 80 countries.

The General Manager, Educational Services, New Horizons, Mr. Bolaji Olaoye, congratulated the school’s management for the steps it had taken in education and its 21st century IT-driven stance, “which guarantee that all the students mandatorily undergo training in different international IT skills acquisition schemes under its partnership with New Horizons.”

“In a matter of time, these set of young entrepreneurs would have been convincingly positioned with their skills to bail the country out of its total dependence on oil and become an IT-driven country like India, China, Singapore, Malaysia, etc. that are dominating the world’s lucrative IT market, which is expected to hit €4.4tn by 2019.”