You are here: Home / BUSINESS / Wow! See why Frog business is booming in Nigeria (Photos)

Say bye to Jollof rice, a new delicacy has found its way on to the Nigerian menu as traders from across the country are queuing up to buy frogs at Dorawa Salau Kadawa, a village in Garun Mallam Local Government Area of Kano State.

On a visit to the frogs market, premium times correspondent observed people from different parts of Nigeria purchasing the reptile in large quantities to take back home.

The buyers have erected camps at the village and brought a bloom to its economy.

According to some of the patrons, however, the trade in frogs is not a new line of business.

Sadikatu Ajiboye said she has been in the business for 15 years. She told our reporter that she was bringing kolanut up north to Kano, until she realized that frogs have a greater turnover in the south than any other article of trade she was taking back. 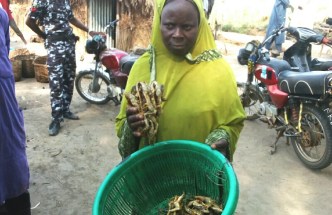 RELATED:   Qualities of a Business Analyst

She said a small carton of the reptile fetched as much as N5000, with a piece sold at N200.

The mother of two said she distributed the delicacy across states in the south-west, south-east and south-south. She said people even paid upfront for the frogs. 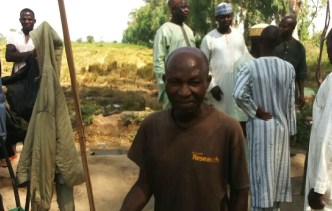 Mr. Nwafor said he wakes up as early as possible in the morning to hunt, and sometimes late in the evening too.

The hunters use hooks to catch the frogs. Mr. Nwafor said he makes an average of N20,000 weekly in sales of the frogs.

RELATED:   The Law of Attraction and Relationships

The frog hunter said he enjoyed a peaceful relationship with his host community, as the villagers never harass the hunters or disturb their business.

“Because of the understanding that exists between us, we the frog marketers and our Hausa (hosts), our business has kept growing by the day with more people coming to purchase. Some (patrons) even export to Asia,” Mr. Nwafor said. 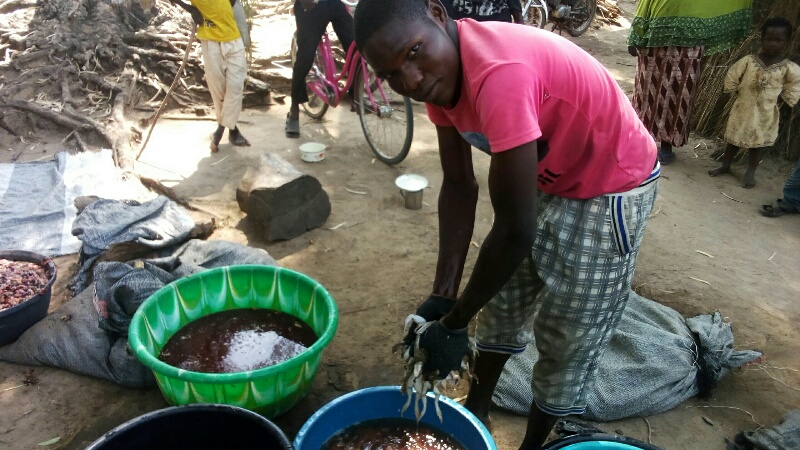