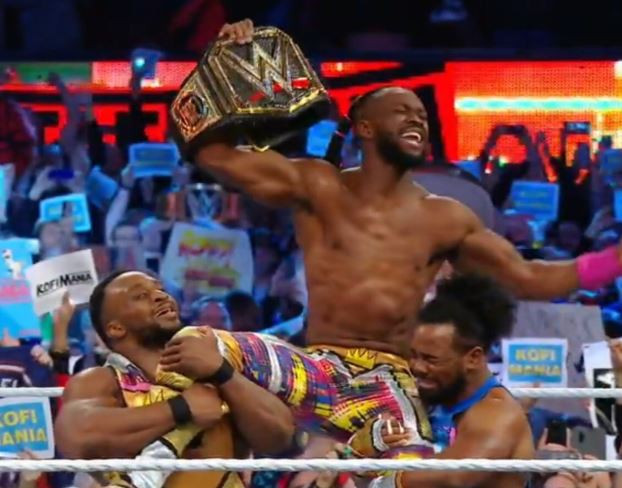 Kofi Kingston made history last night when he became the African-American world champions after he defeated Daniel Bryan for the WWE Championship at WrestleMania 35.

The WWE veteran and one-third of The New Day fought out of a long attempt from Bryan to worked the crowd into a frenzy. He reversed Bryan into a ground-and-pound sequence before returning the favor from moments earlier by holding Bryan’s arms and ruthlessly kicking him to the face.

Celebrations are on twitter as Kingston lined up and hit his Trouble in Paradise finisher to set off fireworks in the stadium shortly after the pin.