You are here: Home / POLITICS / Zainab Aliyu and Abubakar Escape Death in Saudi Arabia after Being Arrested for Drug trafficking 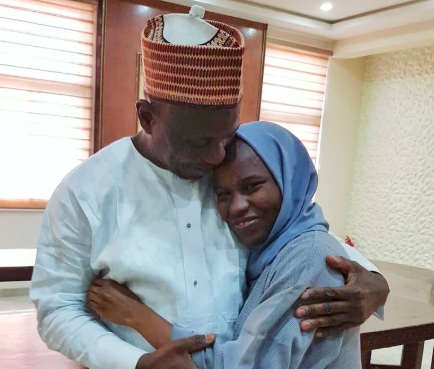 Joy knows no bounds as Zainab Aliyu and Ibrahim Abubakar stepped into Nigeria without a scratch. The two Nigerians who were wrongly arrested in Saudi Arabia for drug trafficking have arrived in Nigeria. They arrived in Nigeria on Monday May 13th and were received by delegates of the Nigerian government and their parents.

Aliyu and Abubakar were accused of trafficking tramadol, a banned substance, into Saudi Arabia, an offense that is punishable by death in the country.

However, an investigation by the Nigerian government revealed that a drug cartel that specializes in planting hard drugs in the luggage of unsuspecting travelers, was behind their travail.

RELATED:   The 120 big South African companies in Nigeria might be in risk of attack

The intervention of the media and President Buhari, Aliyu and Abubakar were released to Garba Satomi Grema, the acting Consul-General, Nigerian Consulate, on May 2nd.